Book review: “This Is Happiness” by Niall Williams

Ours is an era in which novels, both high-brow and middle-brow, tend to stress the hardships and trauma of modern living.

Recent bestsellers, for instance, tell stories about an abandoned swamp girl, a botched bank robbery with hostages, an attractive drug lord, a plane crash and the murder of a Pope. Highly praised works of literary fiction are about aging women, a terrorist attack, a catastrophic storm and the beheading of a minister of state.

In the face of such gloom and doom, Dublin-born Niall Williams lays down a challenge with the title of his 2019 novel This Is Happiness.

The story, set in 1958 and told by Noe Crowe, a 17-year-old former seminary student, is about the small village of Faha, sleepy and forgotten, in County Clare near the western coast of Ireland, and about the coming of electricity and the changes that are wrought.  And it’s not that bad things don’t happen during the months Noe is there.

An important character dies.  Love, puppy, in one case, and remorseful, in another, is thwarted.  And Noe — short for Noel — is nearly crushed by a falling electricity pole.

Yet, Noe’s story — Williams’ novel — is a celebration of the close, quirky, affectionate and, above all else, well-meaning people of Faha. It’s a love letter to this community of men, women and children living, until the electricity kicks in, the same even-paced, natural-rhythmed existence that generations of their ancestors had lived.

Early on, Noe tells the reader:

Writing at the age of 78, more than six decades after the events he relates, Noe acknowledges that many dark elements in the Irish society have been since brought to light.

Faha was no different; cruelty, meanness and ignorance all had a place, then, but as I’ve grown older the instances and stories of them seem less compelling as if God has inbuilt in me a spirit of clemency I wasn’t aware of when younger.

It may be, of course, that I’m just grateful to be above ground and what seems more significant to note is human goodness.

That is what this novel is about — “human goodness.”  The rest, that darker stuff, that “full share of villains,” is, Williams writes in Noe’s voice, “less compelling.”

“Your mother in Heaven”

The villains who do show up momentarily in This Is Happiness are invariably outsiders, such as Mr. Rushe, the boss man of the electricity installation who “had a face on him like a wasp in October” and who bullies Noe to absolve the electric company of responsibility for his accident.

Another bully, although of a gentler and more ineffectual sort, is the nun Mother Acquin who had been a friend of Noe’s dead mother.  She shows up in Faha when she hears that Noe has left the seminary and is living with his grandparents, Ganga and Doady, for the time being.

By the world in general, Mother Acquin was unimpressed…By a soul-telegraph employed by the religious, Mother Acquin knew that my vocation has faltered, and, a pale nuncio, she had come now with the intention of stiffening it.  Her dark eyes sought me out.  “There you are.”

Noe introduces her to Christy, his friend and a boarder at the grandparents’ home while working on the electric lines.  Ganga and Doady make themselves scarce when the nun confronts Noe, ordering him, “Sit!”  He and Christy sit.

Mother Acquin looked me in the eye. “Your mother in Heaven sent me,” she said.

“How is she doing?” Christy asked.

When the electricity pole falls on Noe, he’s knocked out and, hours later, awakens, with his two wrists tightly bandaged, in the office of Doctor Troy, the father of three beautiful swan daughters, each around his age and each later object of varieties of devotion.

Noe’s grandfather shows up and tells him what happened after the pole fell and he was knocked out.  And it is a wandering, convoluted story Ganga relates because, in Faha, that’s how stories are told.  “He had grown up,” Noe informs the reader, “in an age when storytelling was founded on the forthright principles of passing the time and dissolving the hours of dark.”

Time was cheap in poor places such as Faha so stories were long and rarely came to an end.  Indeed, there were two styles of storytelling there — the plain, employed by politicians and other establishment types, to be avoided, and the baroque.

So, Ganga, like me I suppose, chose the baroque, first because of the native precept to enjoy the music of telling, second, because English was a stolen language, and third, because the baroque offered a truer reflection of life as lived in Faha.

“Like me I suppose” is an acknowledgement by Williams (through Noe) that the story he tells in This is Happiness is not real strong on plot.  It’s not about plot.  It’s a meandering through a few months in the life of Faha as experienced by a drifting, thoughtful, sensitive 17-year-old.

Not much major happens in this novel.  Many tiny things, significant in their tininess, do.

Williams is strong on description.  Wait, that’s too mild.  Better put, Williams is ornate in relating the sounds, sights, smells and sensations of Faha.  He is ornate in his resonance with the intricate human networks and individuals of the village.

Nothing is simple in this simple village because nothing in life anywhere and for anyone is simple.  We each lead complex, many-leveled lives like the one Noe lives, like the one each village member lives.

So, not only does This Is Happiness challenge the modern literary tendency toward embracing the painfulness of human existence, it also challenges the modern preference for straight, clear, frill-free narrative.

This Is Happiness, in its way, is nothing but frills. Or, put another way, it recognizes that those grace notes and broken notes of life are all part of the human symphony.

We may think of our lives as something with a direction, a movement from here to there.  This Is Happiness focuses, instead, on each present moment, about being alive in each moment.

“A few shillings short of a pound”

And that’s where the title comes from.

Near the end of the book, Noe and Christy are on one of their many night searches for a bar or pub where the legendary fiddle player, Junior Crehan, is performing. In Williams’ novel, such amateur, free, humble music is as evocative as the baroque storytelling.

They are talking about love.  Noe makes clear that his courting of one or all of the Troy sisters is getting nowhere.  “That’s not good,” the older man says.

Christy himself has been trying to find a way to meet with the woman whom, a half century earlier, he left at the altar in her wedding dress.  He wants to express his remorse, but he’s not getting anywhere.  Still, Christy doesn’t seem very miserable, as Noe, as a new lover, believes all lovers must feel.

So, this particular evening — “approaching the village of Kilmihil where Michael the Archangel himself had stopped, and where every man we met was called some version of Michael” — Noe asks him.

He explained himself in a single sentence. “Noe,” he said, and took a theatrical breath, “this, is happiness.”

I gave him back the look you give those a few shillings short of a pound.

“Stop for one heartbeat”

Christy explains that he used to say that often to his wife — a woman he married sometime after his youthful flight from the other woman at the altar and who left him, he says, for a better man.

you could stop at, not all, but most of the moments of your life, stop for one heartbeat and, no matter what the state of your head or heart, say “This is happiness,” because of the simple truth that you were alive to say it.

Not only do these three words give Williams’ novel its title, but they are expressed implicitly on each of the book’s pages.

For Noe, for the people of Faha — for Williams — life isn’t about striving and yearning, not about winning and controlling.  Life is about being here now and recognizing the wonder, the miracle, the joy of breathing.

Stories don’t have to power along on a tight, energetic plot but can be baroque, ornate, meandering, because it isn’t getting to the end that’s important, it’s each single step along the way.

And lives don’t have to power through the years.  What This Is Happiness says is that each moment of each life is rich enough, tasty enough, wondrous enough, that the ending, whenever it comes, doesn’t matter. 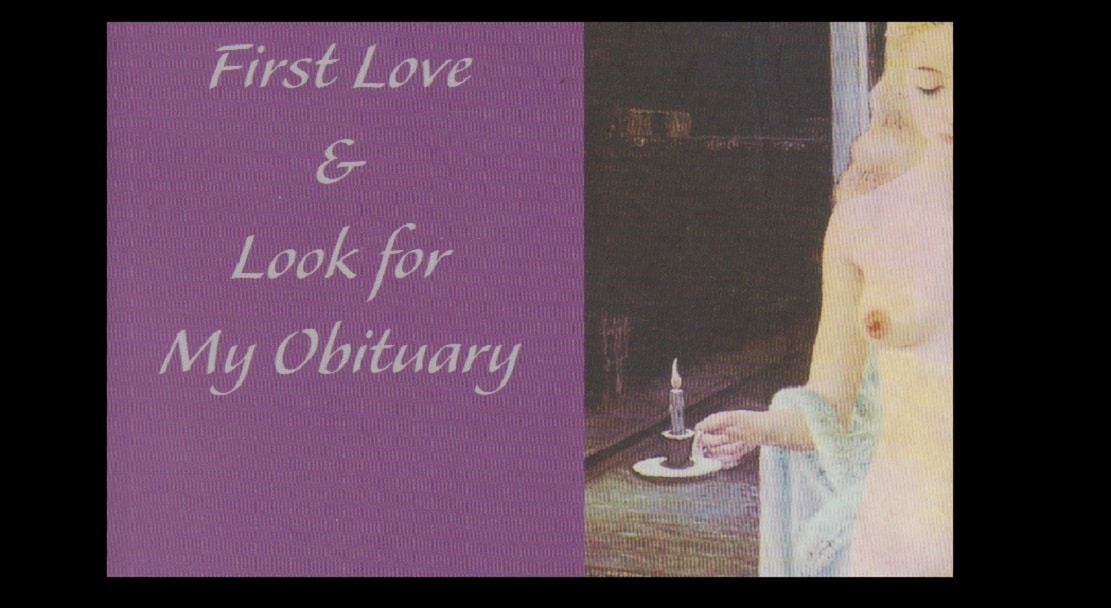