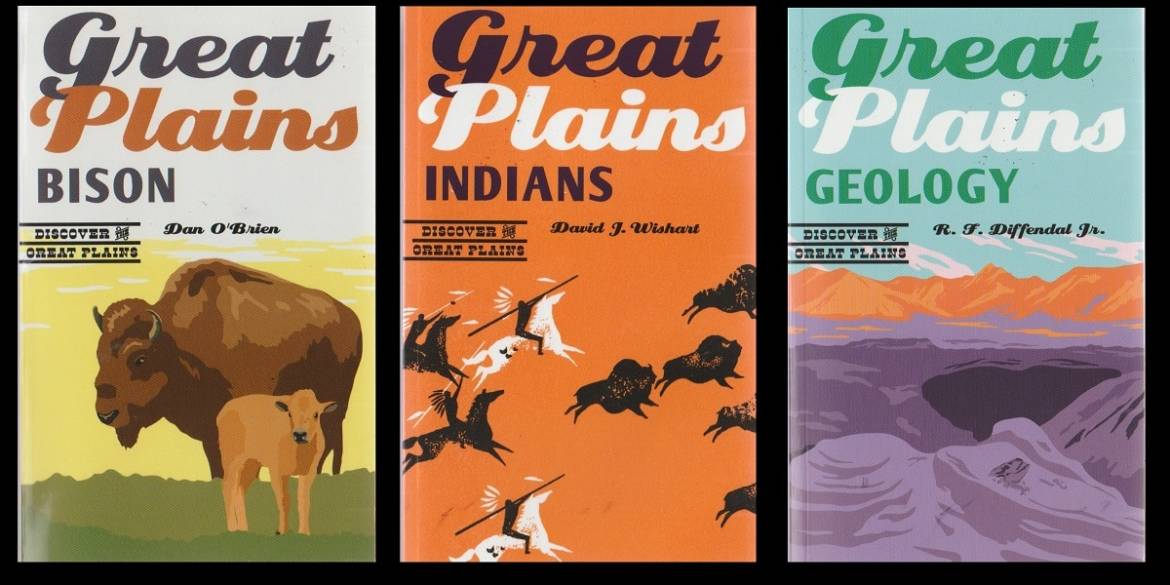 For most Americans, the Great Plains, covering a million or so square miles in the center of the continent, are a place to fly over or, maybe, drive through. This makes sense since much of the area was once known as the Great American Desert.

The average person has a fairly vague idea of what the Great Plains are and what’s happened there. Even experts can’t seem to agree on its boundaries, producing, as R. F. Diffendal Jr. notes in “Great Plains Geology,” more than 50 maps with great variations.

There’s general agreement that the area’s western border is roughly the Rocky Mountains. On the south, it’s seen as covering all or much of Texas, and, on the north, it goes up about halfway through the Canadian provinces of Alberta, Saskatchewan and Manitoba. But, on the east, some maps stretch as far as Illinois, or even Indiana. But most stop somewhere near the eastern boundaries of Kansas, Nebraska, South Dakota, and North Dakota.

A variety of perspectives

Diffendal’s book is one of three published so far in the University of Nebraska’s Discovering the Great Plains series, and, in a way, those three, plus the three more in the pipeline, are an effort to define the Great Plains by looking at the area from a variety of perspectives. (The fourth book in the series will examine Great Plains literature, and the one following will go into Great Plains politics.)

In “Great Plains Bison,” Dan O’Brien writes about the Great Plains as the huge expanse where, for perhaps 50,000 years, tens of millions of buffalo galloped and fed and mated. For many more recent millenniums, they lived in close interaction with their “brothers,” the Native Americans, in a well-balanced ecosystem.

O’Brien, who prefers the more popular word “buffalo” to the more technically correct “bison,” runs a ranch where present-day buffalo live in an approximation of the old way of life prior to the invasion of Americans in the mid-19th century. For reasons of commerce and politics, the buffalo were killed off to near extinction although, with human help, they’ve made a comeback over the last half century or so.

The story David J. Wishart tells in “Great Plains Indians” is similar — about Indians roving the wide spaces and vast distances of the Great Plains for perhaps 13,500 years, and, then, with the coming of Europeans and Americans, being forced off the land into tight corners of usually poor soil.

The books on Indians and bison are tightly written works of a little more than 100 pages, but they’re packed with information that the general reader is likely to find compelling.

For instance, Wishart writes that the coming of the Europeans and Americans brought short-term benefits to the tribes in the form of horses and guns, both of which made hunting and making war much easier. But it brought “long-term catastrophe” because the horse destabilized the Indian way of life and because guns and other metal products became necessities, making the tribes reliant on what they could get in trade. One other catastrophic aspect was the introduction of European diseases into a population that had no built-up resistance.

O’Brien notes that, despite their name, the Great Plains aren’t flat. In fact, he writes,

The Great Plains vary in elevation by thousands of feet. There are millions and millions of depressions, cuts, watercourses, hills, ridges, buttes, and small mountain ranges…

Fossils of camels, rhinos and rabbits

Diffendal’s book on the geology of the Great Plains looks much more closely at all those outcroppings and rock formations due to volcanic activity and Ice Age glaciers. Unlike the books on the others, this book requires the reader to have a pretty solid grounding in geologic terms and theory. For such readers, Diffendal offers a travelogue of 57 distinctive and usually beautiful sites across the Great Plains.

Most of his discussion of rocks left me befuddled, but I did find that many of these sites also feature rock art and sacred Indian sites as well as places with fossils of everything from dinosaurs to camels to rhinos to rabbits.

Something to think about on my next trip over or through the Great Plains.

This review originally appeared in the Chicago Tribune on 11.7.17.