Unlearning with Hannah Arendt by Marie Luise Knott is a sparse, poetic examination of a profound and humane 20th century thinker who was deeply learned, richly insightful and, above all, intellectually courageous.

Never more courageous than in her realization that, in the aftermath of World War II, she needed to, as Knott puts it, “unlearn” all that she knew — her entire frame of reference and body of knowledge — in order to incorporate in her understanding of human existence the reality of the Nazis and the Holocaust.

In other words, to take all the psychological and scholarly framework that she had worked all her life to develop and throw it on the garbage heap.

And, then, to build a new framework.

Arendt did this several times in her life, reframing for herself her understanding of evil and its presence in the lives of human beings.

“Allows them to go missing”

Knott, a German journalist and literary critic, delves into the heart of Arendt’s thinking and its evolution in this thin volume of 113 pages, about 30,000 words, published in 2011.  It is divided into four sections, one each for four important “pathways of thought” that the philosopher-political theorist employed.

Fittingly, given the tentative nature of the cycle of unlearning, these pathways, Knott writes, “are like lumberman’s forest roads: temporary, ad hoc, and liable to end abruptly.”

This unlearning with its travel down unclear pathways is a decision to choose freedom of thought over being caught inside, being biased by, a set of presuppositions.  Knott’s book, she explains,

is about breaking loose from such bias and the territory of freedom gained thereby.  The pathways of thought we will sketch have need of poetry, which in its nakedness and directness invades analytic language and allows it to open up; Arendt rejects instruments of comprehension that have proved dull or irrelevant.  She allows them to go missing, unlearns them.  Many things must be freed from entanglements so that we can argue about and conquer them anew.  Such acts of “unlearning,” born of shock and distress, are intellectual awakenings.

The fourth pathways that Knott describes are:

These may seem odd windows through which to look at a world with such horrors as Auschwitz or Hiroshima.  Knott writes:

The paralyzing horror of encountering Adolph Eichmann is interrupted by laughter.

Through the intellectual activity of translation, the misery of the immigrant is transformed into the “insouciance of a pariah.”  Not as enmeshed in the social realities of her new country as she was in the old one, she can allow her gaze wider scope to roam.

The unlearning that is forgiveness is — pars pro toto — a desperate struggle to drive out of one’s head images and concepts whose traditional significance inhibits thought.

And by means of dramatization, the text itself becomes a stage, a secure space where people under threat of becoming marionettes controlled by social conventions can discover their “human distinctness.”

When the Nazi bureaucrat Eichmann was seized in Argentina in 1960 by Israeli agents and spirited to the new Jewish homeland for trial — and, ultimately, execution — Arendt attended the hearings and found that, unlike the expected monster of the world’s expectations, he wasn’t someone with burning lust to kill Jews.

Rather, he was a “random buffoon” who had few feelings and thought few thoughts and had no aim, except to advance his career — and, if that called for efficiently killing Jews, well, that’s what he did.

Laughter at the contrast between Eichmann’s inconsequentialness and the very consequential deaths that he brought about was, Arendt came to believe, the only adequate human response.  She wrote:

“Eichmann was no Iago and no Macbeth, and nothing was further from his mind than to decide to become a villain like Richard III.  He had no motives at all except an unusual assiduousness to do anything to further his career, and even this assiduousness was not criminal; he would certainly never have murdered his superior in order to replace him.  To express it in plain language, he simply had never imagined what effect his actions had.”

Knott notes that, when Arendt would write something in English and then translate it into her native German, the German version would be richer with allusions that had been left out of the English one.  And she goes on to add:

“Even in the pieces she wrote in English, Arendt kept alive the spirit of German language, philosophy, and poetry.  She discovered that it was ‘incomparably easier to make a philosophical statement in German than in English,’ but that English and to a certain extent French were much better for political thought.  As she told Robert Lower, her own thinking and writing combined ‘English instantness’ with ‘German philosophical discipline.’ ”

Translation was not only a bridge from one language to another, but also from one culture to another.

Arendt made an interesting point along these lines in something she wrote in Paris (in French) in 1935.  Knott explains:

“One hundred and fifty years previously, the beginning of the emancipation of European Jews, Moses Mendelssohn’s new translation of the Bible into German had led the way for young Jews to emerge from the ghetto, and in the 1920s, Martin Buber and Franz Rosenzweig’s new translation of the Bible showed assimilated Jews the path back to the Jewish past.  Both evens happened through the ‘oddly circuitous path’ of translation.”

Although unfriendly to the idea of forgiveness early in her life, Arendt came to a new understanding in which the action of forgiving wasn’t something that was done by one more powerful to one weaker.  Rather, it was a mutual activity — the person who had inflicted the harm seeks forgiveness and promises to do better, and the person who had been harmed open-handedly grants the forgiveness as a gift.  As she wrote:

“Only through this constant mutual release from what they do can men remain free agents, only by constant willingness to change their minds and start again can they be trusted with so great a power as that to begin something new.”

At its heart, forgiveness is rooted in an unlearning — the recognition by the one who inflicted harm that he or she failed to do right by another human being.  It is rooted in the willingness of the one who harmed to go to the victim and admit the failure and, by the victim’s granting of forgiveness, to be able to go forward in life without the weight of that failure.

Arendt saw this not as a divine requirement but as a core action of what it means to be human.  And, although she took it out of the religious context, it, nonetheless, mirrors the action in the Catholic sacrament of Confession.  Knott writes:

“You cannot depend on logic or a decision to forgive.  There is more at play, an interpersonal remainder.  Forgiveness is hostile to the supremacy of reason.”

Arendt came to see human existence as a stage.  The job of a writer, she came to understand, didn’t involve making an argument aimed to force the reader, through logic, to change his or her mind and come to accept what the writer had writte

Her job, as she came to see it, was to spark a discussion in which readers were invited — indeed, expected — to take part.  So, she would pepper her pages with quotations from other authors in order to create this discussion, this debate and this exchange of ideas in her text.  The goal was to present a variety of ideas, perspectives and insights for the reader to sift through, evaluate, compare and contrast and, in his or her mind, synthesize into a new and personal understanding.

In other words, Arendt’s text would, in each case, be honed and tempered and even disposed of by the reader.  As Knott explains:

“Readers transform themselves in thought from consumers to producers.  Instead of just consuming the text, they think themselves into it.”

A polyphony of voices

Knott’s book Unlearning with Hannah Arendt invites readers, as Arendt did, to “think themselves into it.”

This work, like those of the great thinker, is aimed at urging the reader to open doors of thinking and action into whatever pathway the reader chooses to blaze through the wilderness of life.

While totalitarianism, as Arendt first delineated, speaks with one voice for all — that’s why Eichmann could refuse to think for himself — Arendt calls forth every reader, every person, to think and speak and act and find meaning and live on the basis of that meaning.

And to fill the world with the polyphony of voices.

Book review: “The Menace from Earth” by Robert A. Heinlein 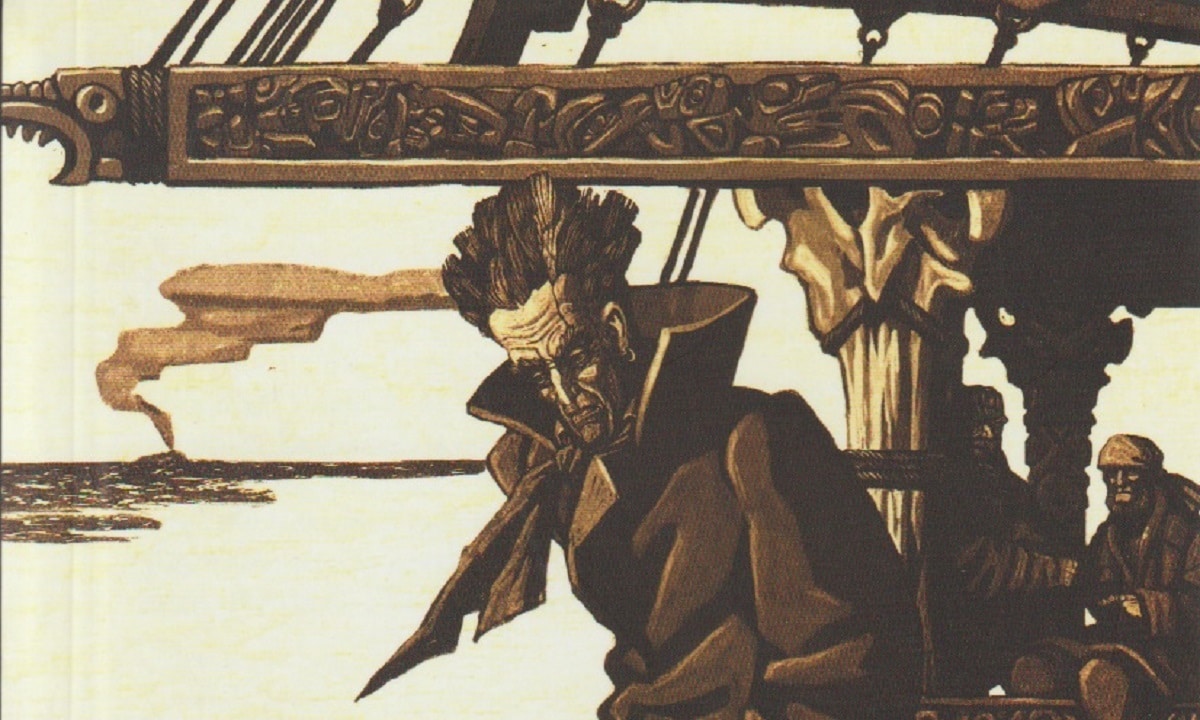