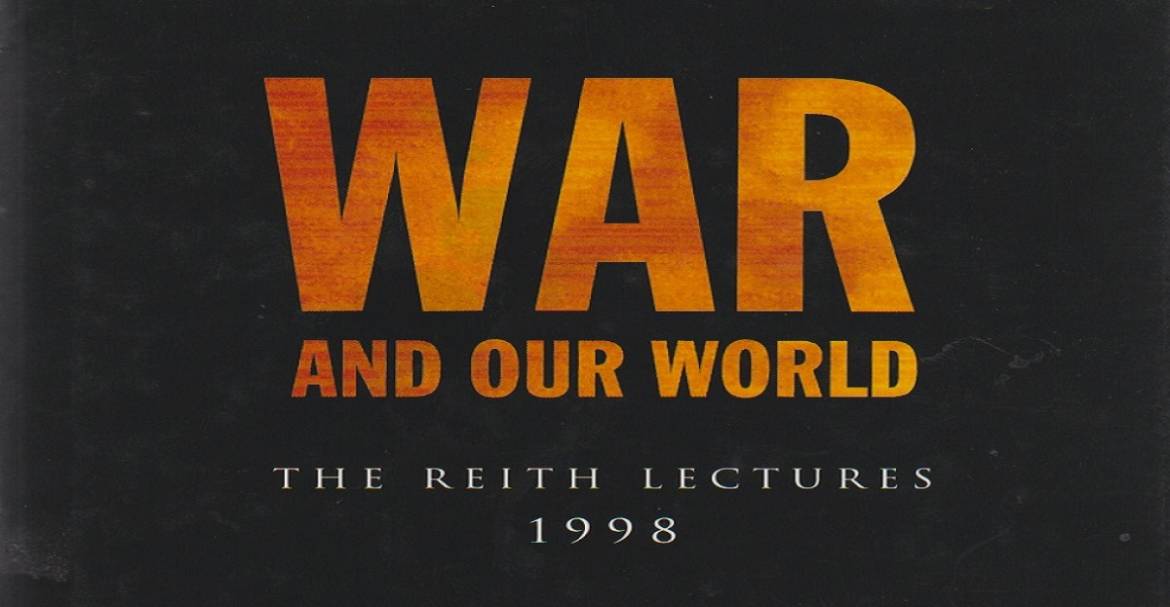 War is violent, chaotic, destructive, deadly and, for the aggressor nowadays, morally wrong.  Yet, how to fight war except with war?

Two decades ago, in a series of radio addresses, John Keegan, the noted war historian, mentioned one weapon against war that many people would overlook — aid to needy nations in the form of anti-poverty and economic development measures.

Since we know that poor states which have a fragile cultural identity are far more likely to engage in war-mongering or to experience inter-ethnic conflict as a by-product of insecurity, what then can be done to secure their identity and economic well-being? Can we somehow help those fledgling states to reach a more mature and stable condition of political security and economic autonomy?

An essential weapon in our war against conflict must, therefore, be progress in aid and development programs allied to strong alliances with other nations which strengthen the economic structures of such states and help to neutralize the political insecurities against which their governments constantly battle.

Only then can we help them also to reject, as we have done, Heraclitus’s belief that strife is the only just and corrective force.

War and Our World: The Reith Lectures 1998 collects Keegan’s five radio talks into a very short book of just 74 pages, examining war in the modern world from myriad perspectives and with rich insights.

Consider these three sentences on the first page of Keegan’s second lecture:

We must be realistic.  Life itself is a dangerous and ultimately fatal condition.  We are all going to die.

That may strike some as incredibly banal.  Yet, it is characteristic of Keegan to get down to bedrock facts in order to correctly see a question in context.

He mentions the unavoidable reality of death while looking at the deadliness of war, starvation and disease.  He is talking about threats to human life, and what he’s making clear is that efforts to reduce threats of all sorts can’t ever eliminate them.

For instance, improvements in medical treatment and prevention have reduced the danger of dying from illness.  People are less afraid now of epidemics and of such formerly threatening natural processes such as childbirth.

What Keegan’s three sentences say, in essence, is that it’s best to think of the improvements as delaying death.

Similar advances have occurred in food production and distribution with a parallel reduction in the danger of dying of hunger.  That danger of starvation, Keegan notes, was always a threat to humanity until very recently, even in 18th century France, the richest country in Europe:

Rich and poor alike waited on tenterhooks for the next harvest, the poor because they might not survive a hunger winter, the rich because the hungry might rise in revolution.

Again, Keegan’s three sentences remind us that, even if I’m much less likely today to starve, that’s just a postponement of my ultimate demise.

With war, though, it’s not a case of death being delayed.   War is on the rise, Keegan notes.

War has been the scourge of this century.  The ride of the other three horsemen of the Apocalypse, and particularly famine and pestilence, has been halted and even turned back during the last ninety years…It is war that has replaced them as an enemy of human life, well-being, happiness and optimism. [By the way, death is the fourth horseman.]

The emotional cost of war has, moreover, been heightened this century in a peculiarly excruciating way.

The wounds of war are always self-inflicted, unlike those caused by disease, against which mankind struggled in vain for millennia.  Traditionally imprecise and long-delayed, news of death in war of someone dear was accompanied by the eternal and consequent “why?” asked by those who heard of it, to which have been added in our time the long-drawn-out apprehensions of “will it be us?” and, if so, “when?”

But, Keegan writes, a soldier’s family and friends suffer their own kind of emotional hell.  He notes that George MacDonald Fraser wrote a memoir about his World War II service in which he dealt with the issue:

In reflection, however, it is with those in England that [Fraser] most strongly identifies.  “Whatever anxieties the soldier may experience in the field can be nothing to the torment of those at home…Those months must have been the longest of [my parent’s] lives.”

The point he is seeking to make, I think, is that soldiers know when and why they have reason to be in fear, which typically is not very often — war service has been called “long periods of boredom punctuated by moments of acute terror.”

Yet those who worry for them do so every waking hour.  In this century, moreover, endemic anxiety has been an emotion of majorities throughout Europe, North America, much of Asia and Australasia and parts of Africa for very long periods.

These are just a few of the many insights that Keegan brings to this short book.

I’m left with a sense of the interconnectedness of war and peace.  Fear plays an important role — fear of want, fear of violence, unfocused fear.  So, too, does strength — a strong economy, a strong national culture, a sense of national strength that feeds national and individual confidence.

This isn’t a book of answers, but observations from someone who spent a lifetime looking close and deep at war and all its trappings.