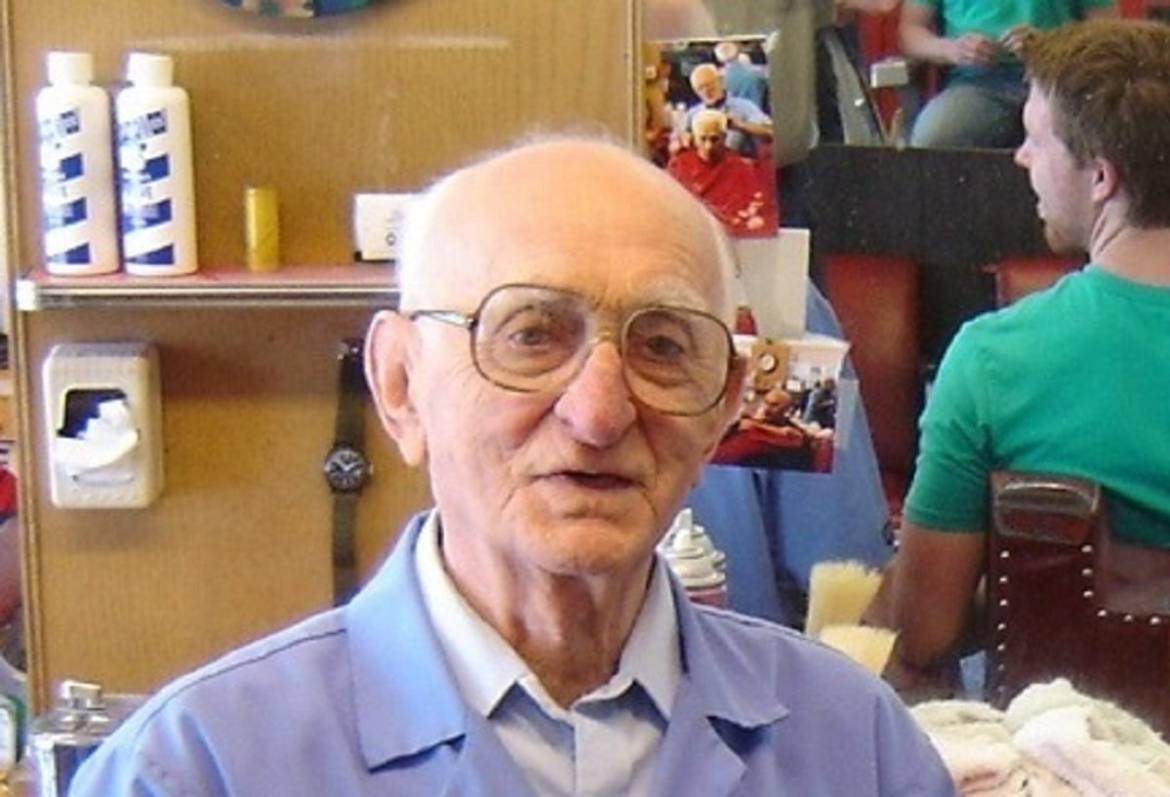 We live in a corrosive age, characterized by bitterness, rancor and fury. Loud voices of rage drown out the quiet virtues of calm and broad-mindedness.

My friend Ben wasn’t rageful, and he wasn’t bitter. If anyone had the right to be angry, it was Ben. But he took life as it came, with equanimity and a kind of joy.

Ben was my barber for more than 30 years. He cut the hair of my son David from when he was a toddler to when he went off to college. His barbershop on California Avenue, just north of Touhy Avenue, was a frequent Saturday stop for me and David and his younger sister Sarah. They grew knowing Ben as a kind grandfatherly presence in their lives.

And they grew up knowing the blue numbers tattooed on his arm.

Surviving Auschwitz as a barber

Ben, as he told me and the kids, had spent two years in the Nazi death camp at Auschwitz. He and his brother survived because they could cut hair. They were assigned to cut the hair of fellow Jews and other people who were put to killing labor or sent directly to the crematoria. All other members of his family sent to Auschwitz died there.

After the war, Ben couldn’t go back to Plonsk, his hometown in Poland, since virtually the entire Jewish population of 5,000 had been slain in the Holocaust. While at a camp for displaced persons in Germany, he met a young Christian girl named Emily who converted to Judaism and came with him to Chicago. He arrived and began barbering in the West Rogers Park neighborhood seven decades ago, about a month before I was born.

Ben’s last name was Scheinkopf, but I didn’t learn that until a few years ago when he gave a talk to some University of Chicago students about his experiences in the Shoah. That was in 2013, and there were a few stories on the internet about his talk as well as a YouTube video posted.

Three years after that talk, Ben had to stop barbering. He’d gotten sick on his way home from work, and his wife Emily put her foot down. Last November, a little more than a year after he stopped work, Ben died. He was 98.

For David and Sarah, Ben was one of the adults who helped shaped them as people. They enjoyed his accent — “Ve vorked…” — and they were awed by the history on his arm and in his stories.

Most of all, though, Ben was a tranquil man. He enjoyed what he did, the skill he was still able to use. He felt good to be active and a part of so many lives. He liked to talk to his customers and listen to them.

I couldn’t count the number of times he told me that his doctor had told him that, as long as he could pay the bills on his shop, he should keep working because it was good for his health. Each time, I knew Ben wasn’t just taking his doctor’s advice. He loved his work and his place in the community.

I think Sarah may have been a little jealous of David and me. The thing is that, when Ben cut my hair or David’s, he would do so in the most kindly way.

Guys don’t often touch each other in any way except to shake hands so a barber’s ministrations are particularly intimate. In cutting our hair, Ben would lightly touch our heads in the way a father might touch his new baby. There was a kind of affection there — not so much for us as individuals (everyone got the same gentle treatment), but for people.

As gentle and kindly as possible

Ben liked people. And, often over the years, I’ve pictured him cutting the hair of scared, confused men, women and children, newly arrived to Auschwitz.

He knew that they were going to be worked to death or sent to their deaths in the crematoria, and they knew or, at least, suspected what their fate would be.

So, I often imagined Ben giving them haircuts in as gentle and kindly a way as was possible in those circumstances. Of Ben communicating in this way to these people his affection for them as fellow human beings.

A light touch of love in a true time of horror and pain.

This essay originally appeared in the Chicago Tribune on 1.5.18.