That may seem odd, especially during our present national crisis.

But walking — well-separated from each other — is one of the few activities that are still available to us as we keep our heads down or, like turtles, keep ourselves inside our shell.  Walking and running and biking.

There were a goodly number of people out a couple days ago when the temperature rose to near 60.  Couples, a father and his two kids on bikes, a father jogging with his out-of-breath 10-year-old daughter.

There were a few people in Rosehill Cemetery when I entered around noon.  It’s a big place so we didn’t get in each other’s hair — or cough zone.

One of the first things I saw was this aluminum gyroscope sort of monument.  There were two of them, one on either side of a brick path. 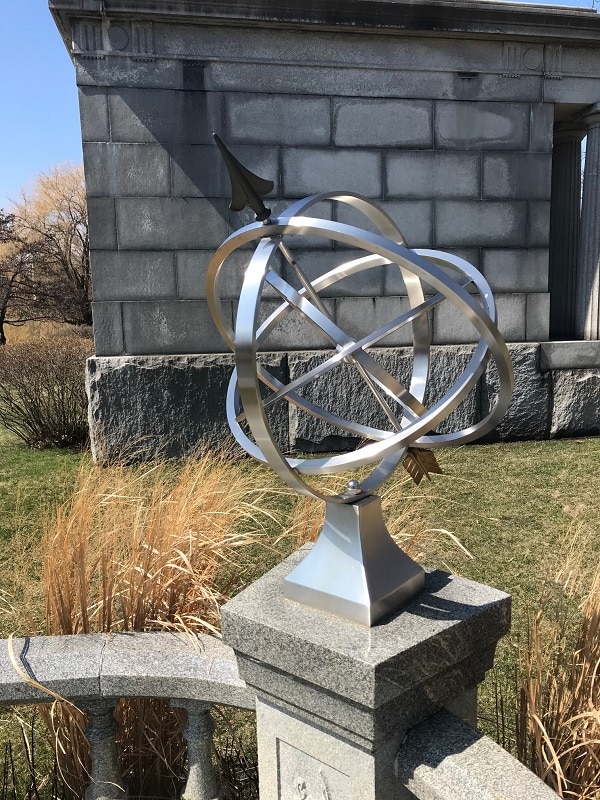 A little way away was this very rusted garbage can.  Those holes on the side make me think that it was once used for burning debris.  Now it’s this strikingly orange counterpoint to all the green of the cemetery grass and the gray of many of its tombstones. 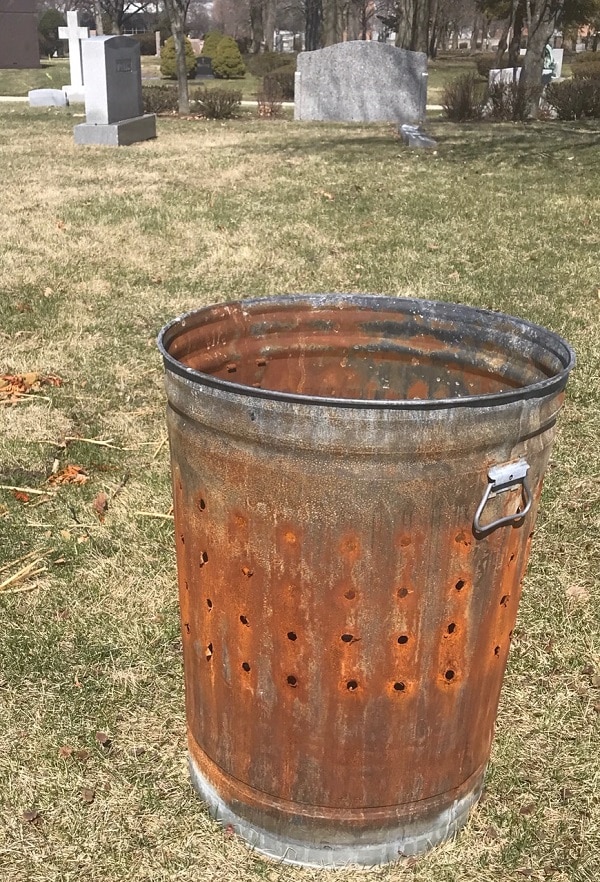 A cemetery is where mourning and faith are carved in stone, as with this butterfly, a creature that begins as a caterpillar, goes into a death-like cocoon, and then emerges more beautiful and able to fly, symbol of resurrection. 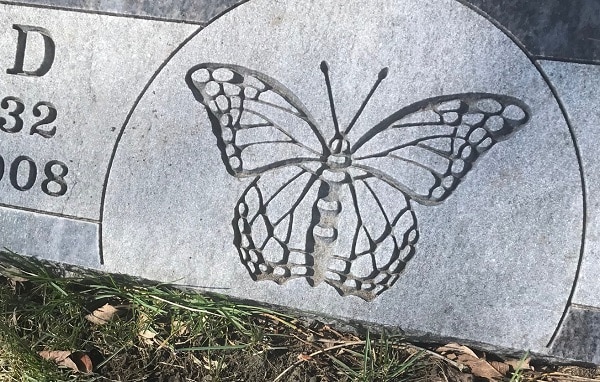 And a place where grieving is set in bronze, as with this figure, embracing the cold stone of a loved one’s monument. 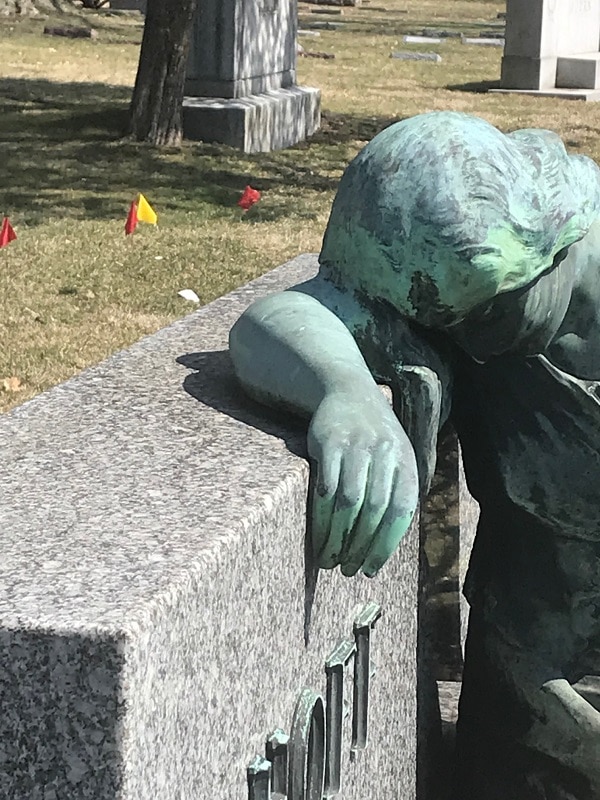 It is also a place where art of even the most modest sort is often accorded to the dead person, such as this ornately carved corner of one person’s gravestone. 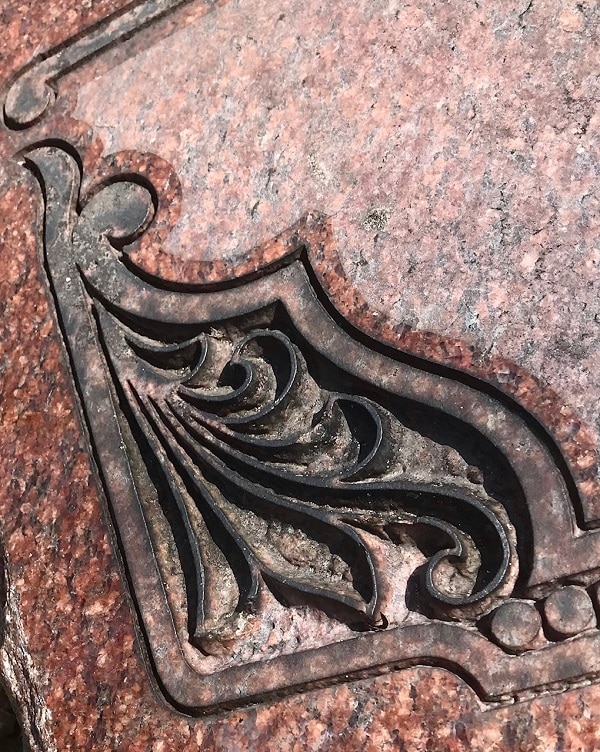 Or this anchor, suggesting that the person in the grave may have been a sailor. 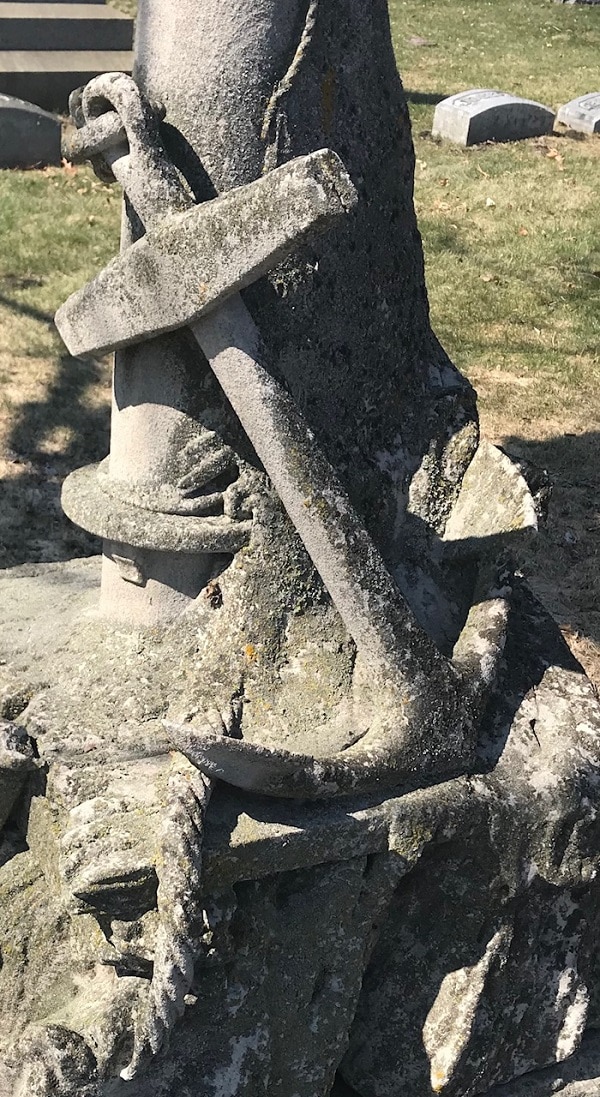 The cemetery is a storybook as well.  Many stones are mute, simply a name and some numbers.  But sometimes even those simple numbers hint at the lives commemorated.

Consider these two stones next to each other.  Bernice Dorothy Marks, “Our Darling,” was about 13 at the time of her death.  William J. Braithwaite was a baby, just five months old. 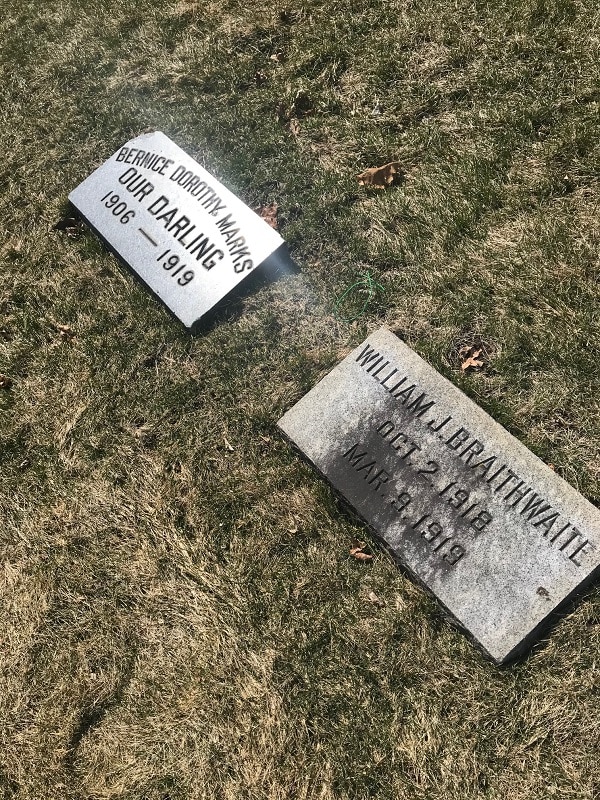 Both died in 1919 in the midst of the Spanish flu pandemic which, lasting from January, 1918, to December, 1920, killed anywhere from 17 million to 50 million worldwide.  No way to know if they were flu victims, but it was a time when many Chicagoans succumbed to the virus.

On a more upbeat note, I had a good walk through Rosehill. 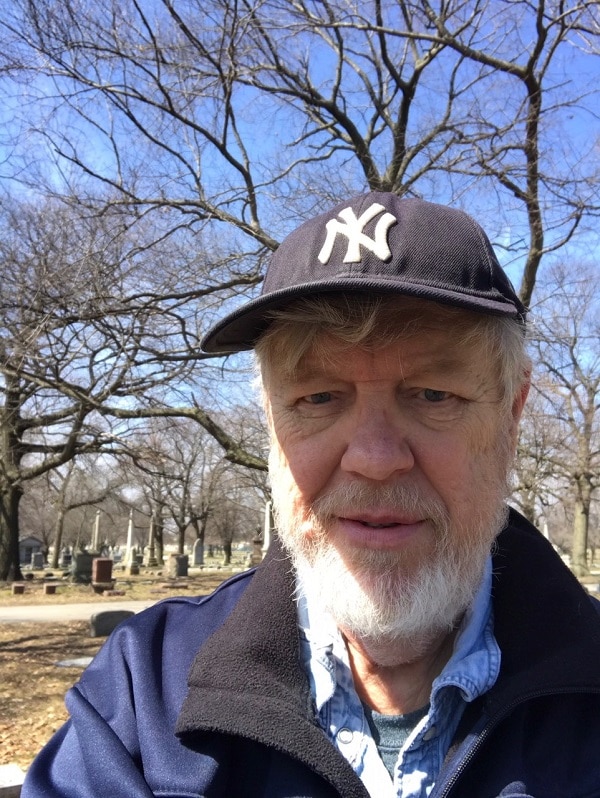 The air was brisk.  The sun bright and warming.  I’m finally over the planter facia injury I suffered back in October, and, if I can’t be playing basketball for a while, walking is pleasant and invigorating.

And an added plus for visiting Rosehill:  I got to visit the plot (see banner photo) where Cathy and I will be buried.  Hopefully, a long time from now.