The country duo Big & Rich (Big Kenny and John Rich) can be pretty goofy, but, on their 2014 album Gravity, they included a heartfelt song with the startling title “Thank God for Pain.”

The song, written by Rich along with Vicky McGehee and Marti Frederiksen, is the story of someone who, after a lot of romantic bumps and bruises, is left “heart broke down and out of luck.”

But then he finds his true love, and he tells her:

And I know it sounds insane but thank God for scars…

And if I hadn’t been ripped apart

I never would have kissed your face.”

And, every year, in addition, I’m thankful for what’s gone wrong.

Don’t misunderstand me.  I haven’t enjoyed the bad things that have come my way in life: the error I made in a story about President Jimmy Carter, the time I was laid off, the boating death of my brother-in-law and the suicide of my brother, the time my car was stolen in St. Louis, the time my car was crushed by a semi on Diversey Avenue, the rejection emails I get all the time as a freelance writer, the thousands of dollars of work that we suddenly needed to do to our house this year, the melanoma that showed up on my skin more than 20 years ago.

The thing is, though, that bad stuff is part of life.  You can’t have the good stuff without risking and then enduring the bad stuff.

Shaped by all of this

I remember getting a “B” on a college paper that I thought was pretty good. I was mad and a bit deflated.  Then, I decided to send it out to a magazine, and it was published.  I had this very minor pothole in my academic road, and my reaction to it ended up giving me a small item for my eventual resume. 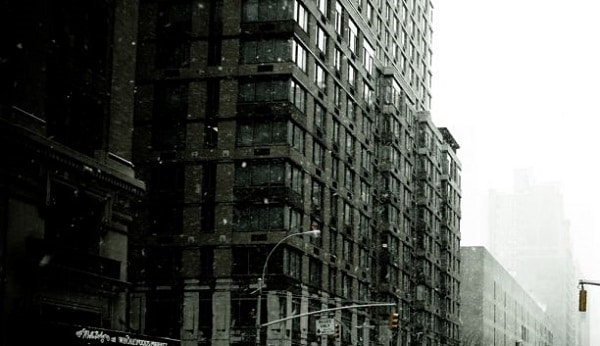 It goes the other way, too.  In my 20s, my dad, a Chicago policeman, passed along to me a weathered leather police jacket — it had gold-colored city of Chicago buttons — that I thought was very, very cool.  And it was.  But then I didn’t take care of it, and, during a high point at a Willie Nelson concert at the Aragon Ballroom, while I was standing, cheering, someone picked the jacket up off my seat and walked out with it.

Who I am today has been shaped by all of this — all of the good and bad things that have happened and all of my good and bad reactions.

Sometimes, there is a direct line between something bad and something good.

Nearly 40 years ago, a red-haired young woman slid into first base and broke her leg. Meanwhile, a tall young guy got sick and had to do a lot of healthy things.  In dealing with these bad things, both had to slow down, and, as a result, when they met, they were able to fall in love.  And my wife and I are still in love.

But some bad things are just bad things.  One night a few months ago, around 10 pm, we heard the sound of crashing glass.  We went to find that someone had thrown a chunk of concrete through the side window of the front door.  It was an apparently random act, and we paid to have the glass replaced.

I don’t think that the chunk of concrete did much to shape me in my journey through life, but it’s been a part of that journey.  If nothing else, it has made me happy each day I come in the front and see that no other chunk of concrete has been thrown through a window.

So, in this Thanksgiving week, I’m thankful for that chunk of concrete and for the new replacement window, and for that woman’s broken ankle and my illness, and for all the joys that have been mixed in with all the sorrows that have come into my life.

I’m thankful for a life that, good and bad, has been rich in so many ways.

How smart is Derek Jeter? He can do the math.