Essay: The serendipity of a used bookstore

What do Virginia Woolf, Robert Heinlein, C. S. Lewis and Douglas Coupland have in common?

For me, it’s a used bookstore in Sturgeon Bay, Wisconsin, where I stopped during a recent weeklong vacation in Door County — Jefferson Street Books.

In our modern world, the used bookstore is an endangered species. Locally, we’ve lost many over the years, including two very good ones recently, Shake, Rattle and Read—The Book Box in Uptown and the Book Den in Evanston.

Jefferson Street Books is also a very good one. It’s packed with thousands of books in well-organized and well-presented categories, not only in the small house that fronts on Jefferson Street just north of downtown Sturgeon Bay, but also in an annex in a building in the back called the book barn. It’s a year-old, and you can still smell the fresh wood of the shelves.

A particular kind of experience

Buying a book at a used bookstore is a particular kind of experience.

When you buy at a store featuring new books, you are basically restricted to what’s popular at this moment in time. There may be some “classics” here and there to be found, but, even in the largest of such stores, the merchandise is heavily weighted toward whatever has been recently published (or republished).

The selection at online stores, of course, is essentially limitless. You can find just about any book you’re looking for and find the least expensive copy in the level of condition you’re willing to accept (new, very good, good or acceptable). But it’s a narrow sort of shopping. You don’t see the book on a shelf with other titles by the same author or books about the same subject. It’s pretty much there by itself although some online stores include feature that suggests that, if you like this book, you may like these others.

Don’t get me wrong. I shop online and at new bookstores, and spend a goodly amount of money at them. My experience at Jefferson Street Books, however, reminded me of how shopping at a used bookstore is its own thing.

First of all, prices tend to be lower in a used bookstore. Second, because the items on the shelves are drawn from the immense quantity of titles published over the last half century or so, the selection is often very broad. Or at least full of surprises.

That’s what makes a used bookstore such a fun place at which to shop. Serendipity occurs. You discover books you didn’t know you were interested in reading, and, often, the price is low enough that, well, why not give it a try?

I was in the “W”s in the fiction section at Jefferson Street Books, looking unsuccessfully for Edith Wharton when I happened upon a bunch of Virginia Woolf books, including A Room of One’s Own. I vaguely remember reading this foundational feminist text a long time ago, and I thought that it might be time to give it another read. Opening the cover, I saw that its price was just $3. Sold!

Later, over in the science-fiction section, I looked as I usually do for such favorite authors as Terry Pratchett, Andre Norton and Robert A. Heinlein, and what did I find but a Heinlein novel from 1980 called The Number of the Beast. It was a large, thick first-edition paperback, illustrated by Richard M. Powers, that had to do, according to a cover blurb, with “four very sensual geniuses” who are “the target of alien hostilities.”

The scribbled price in pencil on the first page either said $5 or $15 so I asked the clerk, a young thin guy with a thick mop of hair at the top of his head and much shorter on the sides. He split the difference and made it $8.

My last two finds had to do with God in a matter of speaking — The Problem of Pain in which British don C.S. Lewis grapples with the question of how God can permit human suffering to occur, and Life after God, a collection of short stories by the Canadian writer and artist Douglas Coupland that, I later learned has been described as depicting a kind of post-Christian Christianity.

Neither book had a price, so I went to the clerk again. He looked at them a bit, and then said, “Two dollars for this one…and two for this.” What a deatl!

Someday, used bookstores may go the way of the typewriter. You know, out-of-date business model and all that. But, if they do, there will be a version of serendipity that will be lost.

I’m glad I found some serendipity at Jefferson Street Books. And, with tax, it only cost me about $16. 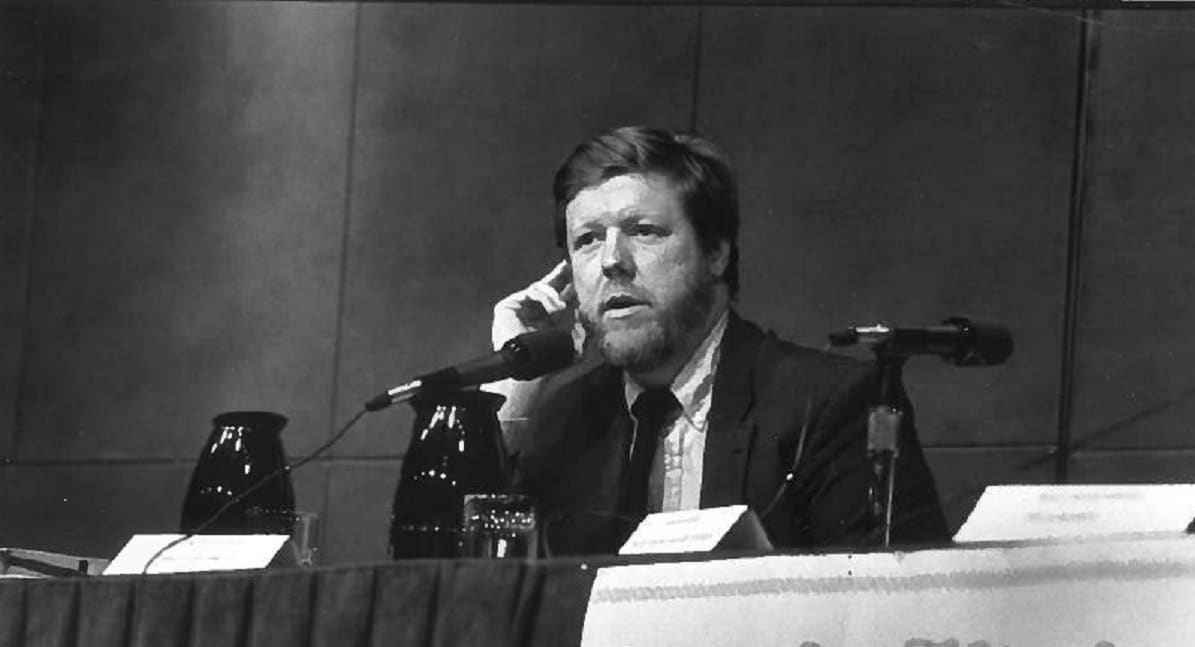 Essay: My lay-off and the golden age of journalism

The last day and the first day

What is a parish? Woven lives