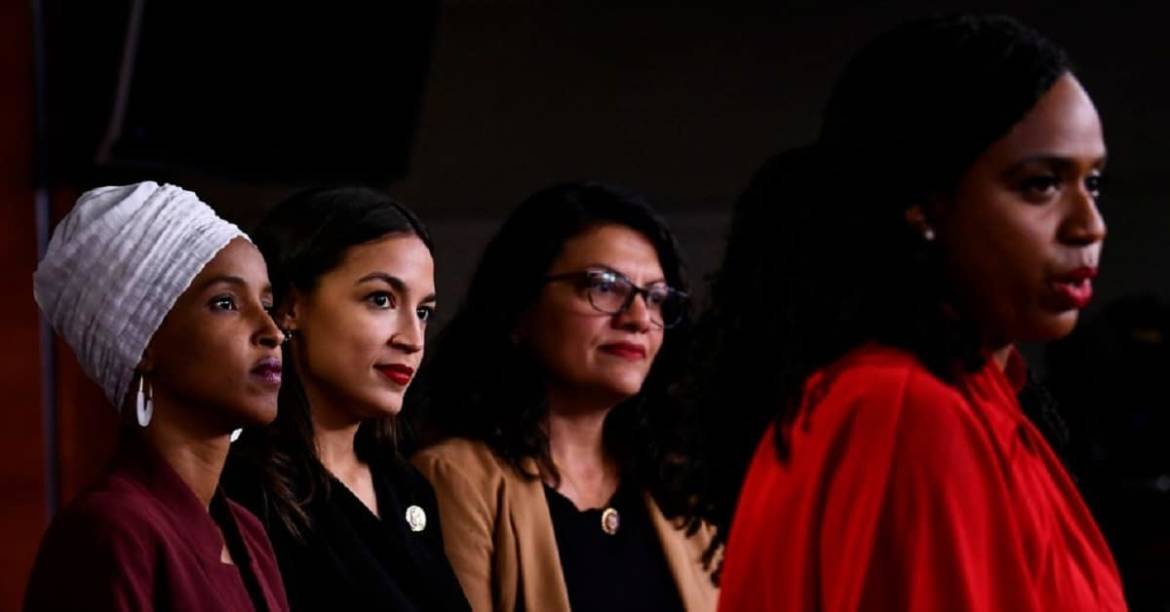 I don’t know about anyone else, but I’m feeling sort of left out.

This past weekend, President Donald Trump tweeted about how much he dislikes singer and activist John Legend and his wife Chrissy Teigen, throwing schoolyard insults at them.

But, so far, at least, that little rant pales in comparison to his tweet storm a month or so ago against a whole lot of people, including five members of Congress — Reps. Elijah Cummings (Maryland), Alexandria Ocasio-Cortez (New York), Rashida Tlaib (Michigan), Ilhan Omar (Minnesota) and Ayanna Pressley (Massachusetts). Also targeted was Rev. Al Sharpton, a private citizen and public activist.

True, I haven’t been elected to Congress. Neither am I like four of those U.S. Representatives a woman, nor am I a person of color like the six people targeted in these tweets. Nor am I as accomplished artisticly as Legend and Teigen, also people of color.

It’s gotten to be a kind of badge of honor, in a way.

Not only am I a citizen, but I am also an immigrant.  Well, I wasn’t born in Somalia like Omar.  But I’m as much an immigrant as Ocasio-Cortez and Tlaib and Pressley and Cummings and Sharpton inasmuch as my ancestors came from somewhere else.

Somewhere near the very end of the 1800s or the first years of the 1900s, my grandfather Patrick Riordan (he changed our spelling later on U.S. soil) came from Ireland.  After he got here, he met Elizabeth O’Connor.  They married in Chicago and raised a family that included my father David.

So count me as an official immigrant.

Our Chief Executive told the four Congresswomen to “go back and help fix the totally broken and crime infested places from which they came.”  (Even though, as I mentioned, only Omar, now a naturalized American citizen, is originally from somewhere else.)

In his tweet-lashing of Cummings, President Trump insisted that the Congressman should forget about looking into the President’s finances and practices and instead focus on Baltimore which President Trump described as a “disgusting, rat and rodent infested mess.”

St. Patrick and the rats

I don’t know if Ireland was or is “rat-infested.”  The legend is that St. Patrick drove out all the snakes.  I never heard whether he did anything about rats.

However, at the time my grandfather came to the United States and for half a century before that, I know Ireland was a “broken place” and a “mess.”  After all, a whole lot of people were starving to death and living dead-end lives.  Why else did he, like hundreds of thousands of other Irish people, flee the island for America?

Patrick Riordan came here to find a better life. From all I can tell, he was a big fan of the United States.  He and Elizabeth became citizens.  His two sons served in the Armed Forces in World War II.  As far as I know, no one ever told him to go back where he came from although, of course, that might have happened given the anti-Irish feeling in the U.S. a century ago. Nonetheless, he found a great life here.

After all, my grandfather had come to this country of his own volition.  That wasn’t a choice for the ancestors of Sharpton and Cummings who were sold into slavery in Africa, brought in chains across the Atlantic and put to work in a culture that demeaned and oppressed them.

Nonetheless, Sharpton, Cummings, the four Congresswomen and my grandfather are examples of the great genius of the American experiment — an openness to people of all sorts, of all colors, cultures, religions and world views.  This openness is something that has been evolving since the nation’s founding.  And more than half a million Americans died in the Civil War to determine that the nation would not only keep that openness but also expand it to include the former slaves.

These targets of President Trump’s anger are, like my grandfather, emblematic of what has made America great from its inception.  And of why so many people want to become Americans.  Yes, the economic opportunities here are better.  But, much more, there is freedom and openness to differences.

It would be an honor

Not all the time, and not from everyone, as the President has reminded us over the past two weeks.

I want to stand with these six who, it seems, are doing their jobs so well that they’ve gotten under the President’s skin.  I’m not doing anywhere near as much as they are to help America be even greater.  But I want to be an American like them.

This essay originally appeared in the Chicago Sun-Times on 7.31.19.