It makes a lot of sense to establish June 19 — Juneteenth, the celebration of the emancipation of the final group of black slaves in 1865 — as a national holiday.

Maybe the most important reason is that it commemorates an event in which the entire nation, black and white, took part.  Enslaved Americans won freedom, and the rest of the country had to adjust to the new reality. And it’s still adjusting 155 years later.  We live today with the aftermath of that moment in the lofty promises that haven’t been kept and the soaring hopes that have, in many ways, failed to materialize.

Memorial Day is a moment when we honor those men and women who died while serving in the Armed Forces.  It recognizes not just their sacrifice, but also the pain and sorrow of their families and the safety and well-being that each American has enjoyed because of those martyrs.

Federal holidays that honor individuals, such as Columbus Day and the birthday of Martin Luther King Jr., are very different.

The “discovery” of the New World by Christopher Columbus in 1492 has been commemorated in the U.S. for more than 200 years, and Columbus Day has been an official federal holiday since 1968.

Much has changed, though, in the last half century.  The landing by Columbus — once praised as the start of bringing (white) civilization of (non-white) indigenous people in the Americas — is now seen by many historians and Americans as the first step in a massive land grab and in what eventually became a systematic subjugation of Native Americans, so thorough and so brutal that it has been called a form of genocide.

There is no question that the meeting of the people of the Americas with the arriving Europeans was one of the major events in world history.  The problem is that, by concentrating on the person of Columbus, the holiday is, by its nature, Euro-centric.

Why not re-focus the holiday into something like Juneteenth? 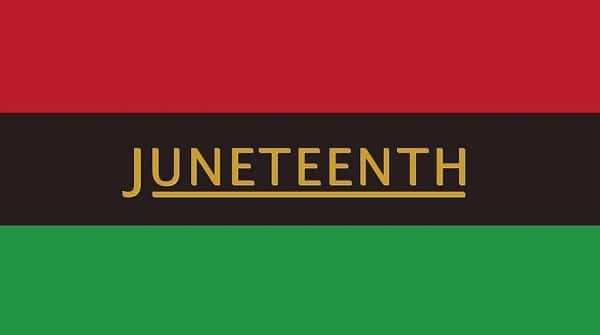 Center the holiday on the meeting, on the two cultures coming together in this moment of mutual encounter.  Call it Encounter Day or something like that.

It would a good thing, particularly for those of European heritage, to spend the day learning how the riches of the Americas, something as simple as potatoes, radically changed life on the northeast side of the Atlantic Ocean.  And the cost that was paid by the people who, previously, had lived alone on the North and South American continents.

Similarly, it would be a good thing for those of Native American heritage to celebrate and use the day to tell the world about the many vibrant cultures that existed in the “New World” before the European arrival.  Yes, some of them were violent.  But so were many nations in Europe.  Think of the Hundred Years War — both of them.

How about Civil Rights Day?

When it comes to Martin Luther King Jr., there’s no question that, as an individual, he helped bring about great changes in the United States.  Making a national holiday of his birthday, however, has had the odd result of turning him into a kind of cuddly bear of good feelings.

For many whites, King is simply someone who preached peace and love, a plaster saint.  What’s been lost in the national celebration of him and his life is the recognition that he was a countercultural agitator who used marches, sit-ins and protests of all kinds to make whites uncomfortable.  What’s been lost is the recognition that he was a radical who preached against capitalism and called for an end to America’s military dominance and violence around the world.

Any true commemoration of his life should make everyone uncomfortable — whites for failing to listen, really listen, to his message of equality for all people, and African-Americans for failing to do enough to continue his work.

That’s why, maybe, his day could be changed into something that isn’t about him directly but about the civil rights movement of his time and as it continues today.   Call it Civil Rights Day, or something like that.

What about Veterans Day?   That’s the celebration of everyone who has served in the Armed Forces.  Would you want to say that, well, everyone who died in the military are covered under that?  If the military can have two holidays, why not have two to look at race relations?

So, yeah, I think it would be good to have Juneteenth as a national holiday.   And at least two other Juneteenth-like holidays that don’t focus on individuals.

After all, the Constitution doesn’t start, “We the Famous People.”  It’s “We the People.”

This essay originally appeared in the Chicago Tribune on 6.22.20.

A kind of martyrdom