Fully American: The election of JFK and the place of Catholics in the U.S.

When President John F. Kennedy was assassinated in Dallas, I thought he would be canonized.

St. JFK? It seems silly now. Now that all the stories of Kennedy’s womanizing have become public knowledge. Now that the glow of his presidency has faded and the memory of his glamour has soured.

I was just a kid, a freshman in a high school seminary. I’d turned 14 on the day he was killed. But I wasn’t alone. There was much talk among Catholics and other Americans about “our martyred president.”

In the hours immediately following the shooting, Federal Judge James B. Parsons, chairman of the Chicago Conference on Race and Religion, indicated his belief that Kennedy’s murder was the result of his Catholicism and his support of civil rights for U.S. blacks.

“Like Christ, the President has died for the sin of racial and religious bigotry among us,” Parsons said.

When Kennedy was elected to the White House on Nov. 8, 1960, he was a breath of fresh air. After decades of elderly and even infirm presidents, Americans were captivated by his easy charm, his beautiful wife, his youthfulness and young family, his sparkling smile. He was a superstar before there was such a word.

Yet, even though the nation was beguiled by the new president, the reaction was exponentially stronger among U.S. Catholics. We venerated JFK as the first member of our religion to ascend to the highest office in the land.

“Venerated” really is the right word. We saw him as someone better than ourselves, smarter, more elegant, more sophisticated, more everything. On a higher plain. Like a saint, in that way.

With JFK’s election, we had arrived. We were fully American.

Of course, Catholics had been U.S. citizens from the nation’s beginnings. One of the signers of the Declaration of Independence was Daniel Carroll, the brother of Bishop John Carroll of Baltimore.

Still, during the country’s first 150 years, most Catholics were immigrants. They were poor. Many didn’t even speak English. They lacked the education and social graces of “real Americans.”

And they were the victims of prejudice.

In 1852, for example, physician James Redfield published a book that detailed the supposed similarities between the physiognomies of various nationalities and those of animals. Next to the image of a terrier, he placed the picture of a scruffy, bearded Irishman — a Catholic, of course — drawn to seem nearly identical to the dog. “Among the Irish,” Redfield wrote, “the community takes to dirt-digging more naturally than to anything else.”

One political party, the Know-Nothings of Abraham Lincoln’s time, rose to prominence on an anti-Catholic platform, electing five U.S. Senators and garnering 20 percent of the vote in one presidential election.

The nativist fear of the “foreign” hordes grew even stronger in the late 1800s and early 1900s as immigrants and the sons of immigrants, most of them Catholic, took power in major cities through political machines and headed labor unions that wrested concessions from factory owners and the government.

Catholics, even those who were native-born, knew they were considered outsiders by most Americans. This was underscored in 1928 when the Democratic Party met in Houston and made New York Gov. Al Smith the first Catholic to be nominated for president by a major party.

In his 2004 book “A Catholic in the White House?”, Thomas Carty writes: “After Smith received the party’s presidential nomination, several [members of the Alabama Ku Klux Klan] dragged a life-size representation of the Catholic candidate into the convention hall, slit the effigy’s throat, and splashed false blood on its chest. As the mob chanted ‘Lynch him!”, others fired bullets into the tattered figure. The spectacle concluded with a mock lynching of the ‘Smith’ carcass.”

Kennedy knew this history. Every American Catholic, including me as a young teen, knew at least its broad outlines.

True, by 1960, many of the stereotypes of Catholics were becoming increasingly out-dated. For one thing, little immigration from Europe had been permitted over the previous four decades. For another, the children and the grandchildren of Catholic immigrants were living the American Dream, well-educated, working white-collar jobs and owning homes in the booming middle-class suburbs.

Nonetheless, for non-Catholics, the pre-Vatican II church was distinctly odd and unsettling. The services were still in Latin. The priests, bishops and Pope wore dress-like cassocks. There was about the faith an air of secrecy.

This is what Kennedy was facing early that year when he was running for the Democratic presidential nod. What all American Catholics were facing, really. We thought of ourselves as full Americans, but we knew that, if Kennedy were denied the nomination or election because of his religion, it would be a sobering slap in the face for all of us.

Kennedy directly addressed the issue of his faith in a speech to a group of Protestant ministers in Houston, the same city where, 32 years earlier, Al Smith had been lynched in effigy:

“I believe in an America where the separation of church and state is absolute — where no Catholic prelate would tell the President (should he be a Catholic) how to act and no Protestant minister would tell his parishioners for whom to vote….I believe in an America that is officially neither Catholic, Protestant nor Jewish — where no public official either requests or accepts instructions on public policy from the Pope, the National Council of Churches or any other ecclesiastical source…”

It worked. The speech calmed the anxieties in enough Americans to enable Kennedy to achieve a razor-thin victory over Republican Richard Nixon. JFK was certainly helped by garnering support from 83 percent of Catholic voters.

The election was the result of great changes that had been taking place within the United States. And it accelerated those changes for American Catholics.

When he won, we won. We felt accepted in a new, deeper way. We’d assimilated into the fabric of the nation, and that felt good.

No wonder, then, that framed photos of Kennedy immediately began appearing in prominent positions on the walls of American Catholic homes, often next to an image of Jesus. He wasn’t seen exactly like a saint, but he was something close.

Those photos multiplied after Kennedy’s assassination. He was a martyred leader, but he was also somehow a member of the family who had passed on.

Following Kennedy’s election, Catholics were no longer seen by other U.S. citizens as outsiders. At the same time, in the political arena, Catholics no longer felt the need to stick together, to vote as a bloc.

After 1960, leaders of both political parties sought to curry favor with Catholics by nominating members of the faith to the vice presidency — Republican William Miller in 1964 and Democrats Edmund Muskie in 1968 and Kennedy’s brother-in-law Sargent Shriver in 1972. But it didn’t work.

That’s because Catholics weren’t voting for Catholics any more simply on the basis of religion. In the presidential races, for instance, they gave their vote sometimes to Republicans (51 percent for Ronald Reagan in 1980 and 55 percent for him in 1984), and sometimes to Democrats (57 percent to Jimmy Carter in 1976, and 53 percent to Bill Clinton in 1990).

In fact, when the only other Catholic, John Kerry, was nominated for the presidency in 2004, his opponent, incumbent George W. Bush, won the Catholic vote with 52 percent.

One telling measure of the assimilation of American Catholics is Joe Biden. It’s a little-noted fact that Biden is the first Catholic to serve as vice president. The reason few people know that? No one much cares.

Also little-noted until recently was the predominance of Catholics on the U.S. Supreme Court. Today, six of the nine justices are Catholic. The other three are Jewish. For the first time, the Court has no Protestants.

The Supreme Court has been in existence for more than two centuries, but, in addition to the present six, only six other Catholics have serves as justices. Protestants dominated the Court, just as they dominated electoral politics.

Yet, today, Catholics are acceptable to U.S. Protestants because they’re so solidly rooted in the country’s mainstream and in the wide spectrum of its philosophies. Four of the six Catholic justices are conservative; one (Anthony Kennedy) is a swing vote; and one (Sonia Sotomayor, appointed in 2009 by President Barack Obama) is expected to rule with a more liberal bent..

Just as American Catholics have gone from being outsiders to insiders, there has been a significant change in the political landscape in terms of the separation of church and state that Kennedy detailed in his Houston speech.

A half century ago, JFK was elected to the presidency because he convinced American voters that he wouldn’t take orders from the Pope.

Today, Catholic politicians across the U.S., particularly those running for national office, are increasingly facing criticism from some members of the hierarchy because they won’t take orders from the church.

In 2004, for instance, when John Kerry was running for the Democratic presidential nomination, Archbishop Raymond Burke of St. Louis told reporters that he would refuse Communion to Kerry because of the politician’s support of abortion rights.

Kerry was part of a long line of Catholic politicians who have been publicly scolded for their political positions, almost always those having to do with abortion.

Bishops rarely rebuke Catholic office-holders for supporting the death penalty, even though the United States Conference of Catholic Bishops came out against the practice in 1980. Similarly, few if any bishops castigated the politicians who backed the U.S. invasion of Iraq in 2003 — even though Pope John Paul II spoke out against it.

The prelates who join the political fray in this manner are playing with fire.

So far, no politician has significantly shifted his or her stance on a major issue such as abortion because of the public threats or complaints of a bishop. But what if one does? The likelihood is an instant backlash from non-Catholic citizens, fearing the long-ago bugaboo of Catholic office-holders taking orders from Rome.

Moral teaching isn’t the sole province of prelates and priests. Throughout the church’s history, lay people — even kings and politicians — have provided insights into the meaning of faith in the world.

Even an American politician of five decades ago.

Sure, JFK was a sinner. Sure, back in September, 1960, he was seeking election to the most powerful post on the planet. 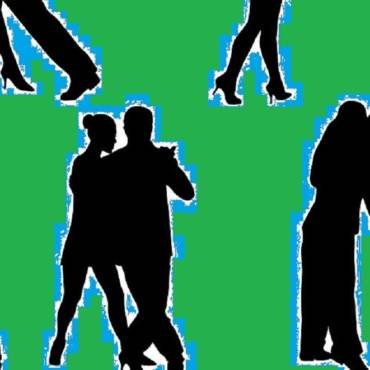