Poem: Angels are out tonight

Angels are out tonight

to ease coarse electricity under the skin.

The Sister of the Sacred Heart pleads alms

and sweats under her habit

as angels stride thickly east and west on her sidewalk.

over the drunk anesthesiologist and the beautiful child.

The boy rocks his body right and left

as angels whisper green forests in his ear

without mentioning the future gun,

Angels are out tonight

as the fox scouts among the headstones,

as the sigh ends in stillness,

as Brother Pain is traded for Sister Death.

Tonight, angels are on the wind,

Down the court run fast-break angels,

in the chemistry moment,

without finish or start.

Angels are out tonight,

mingle the Cubs crowd tonight after a loss

and smoke Winstons outside the gay bar

and close up shop, lowering

Tonight, as the handgun rusts,

as ballerinas pirouette the Bible verse

along the red-brick wall,

as the sacristan eats his Filet-O-Fish,

as the lawyer in her sweats 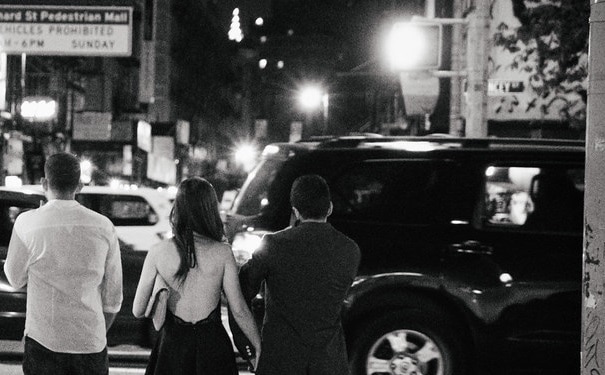 stands on the suburban balcony

and tries to remember

the name of the kindergarten boy who vomited.

finding storm within the storm.

They crowd tables in the Taylor Street trattoria,

before the elbow macaroni arrives, parsleyed,

the last supper of the night.

Wearing orange vests, they dig a ditch with loud machines.

In the sanctuary, a lieutenant kneels.

along the stained-glass annunciation.

My soul magnifies, she said.

As I walk along Clark Street

through the cold night to apologize,

angels hide in the space behind the street lights,

and my sister balances

the weight of all that has come and all that will happen,

and my mother’s ashes are harmless,

and the aunt who saved my life

is willowy and curly blond still

in the backyard with the baby I was.

Latter-day angels tonight are out,

the heavenly host in mufti.

asleep in the tent on the Broadway sidewalk

amid metal restaurant tables and chairs

and, at the top of her high, high arc,

and flies up and out,

At the alderman’s office, the precinct captain

takes the call and dispatches a crew of angels

to fill the potholes on a short street outside the ward,

through inattention or devotion or commotion or obligation

or corruption or inspiration or sedation or kindness.

The Pope works as a bouncer.

The Boston Celtic drives a hack.

in pencil on sooty bricks, never to be read.

And angels stir the coffee

in every cup on every table

in the hotel’s rooftop restaurant

and two miles away at the homeless refuge

and in the Mayor’s kitchen

and after the banker has said the rosary

and untouched between lovers

bending toward each other

and whispering, unknowing, the secret of breathing.

Michael and Gabriel, Uriel and Raphael,

the thrones and dominations,

the cherubim and seraphim,

and sit at the edge of dark in the Glenview yard

where a man who knows he is dying

barbecues for the ones inside,

each tock and tick mundane and solemn.

barrel through the I-Pass lanes,

Angels fight on the carpet

until Mom takes the plastic baby away from them.

Angels in the hotel room

Angels are out tonight,

running around the university track,

each step an eternity, each exhalation another Big Bang.

In the Sovereign Tap, angels caress their Miller Lites

and watch Fred Astaire in The Royal Wedding

in between used car commercials.

know they have no idea,

feel the high wearing off,

leave a backpack on the platform,

take an extra base,

run at the nose,

In the silence above the alleys,

angels are out tonight

revered in Rome and China and Old Japan,

jitter from hole to hole, the volted circuit.

Tonight, early drafts are put through the shredder

for no reason but delight at spaghetti-ed paper,

a dry meal of textured wonder and portent,

a gluten-free repast and echo of the halls of heaven.

This poem originally appeared in The Write Launch on 9.4.19.