Book review: “The Art of Biblical Narrative” by Robert Alter 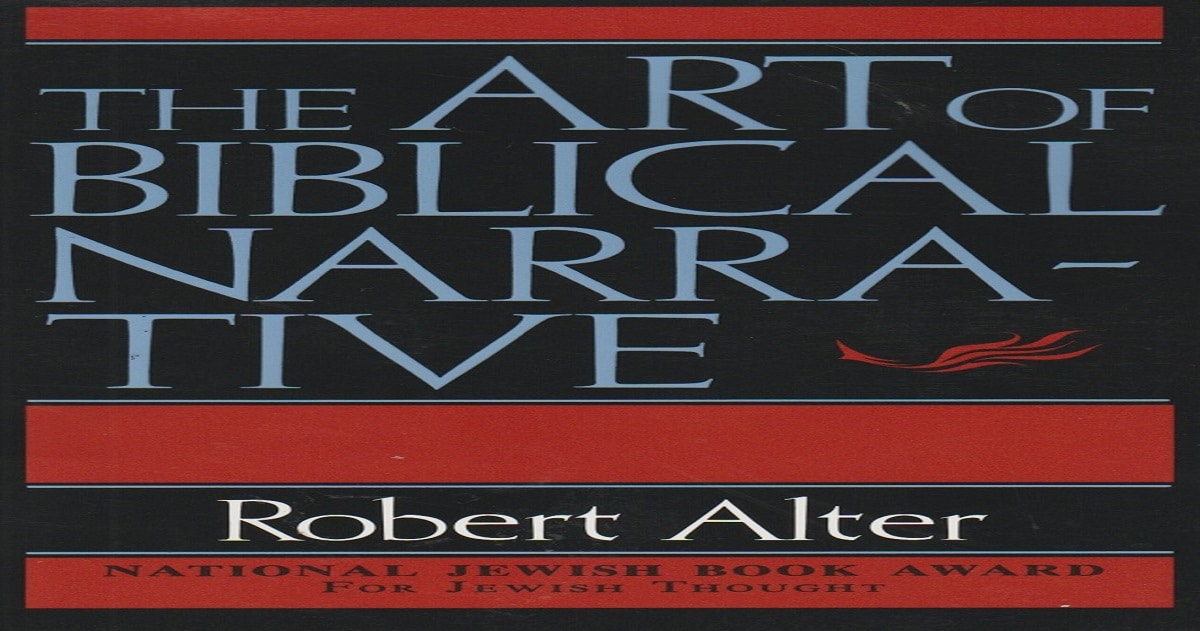 The writers of the Hebrew Bible, when they’re telling a story, they’re like Homer with the Iliad — they’re omniscient. They know the story as if they’ve watched it unfold from some vantage point above and around and inside the action.

However, unlike Homer, the biblical storyteller doesn’t make the characters and their motives clear to the reader.

Instead, the storyteller is selective, as Robert Alter explains in his groundbreaking 1981 study The Art of the Biblical Narrative:

He may on occasion choose to privilege us with the knowledge of what God thinks of a particular character or action — omniscient narration can go no higher — but as a rule, because of his understanding of the nature of his human subjects, he leads us through varying darknesses which are lit up by intense but narrow beams, phantasmal glimmerings, sudden strobic flashes.

We are compelled to get at character and motive, as in impressionistic writers like Conrad and Ford Madox Ford, through a process of inference from fragmentary data, often with crucial pieces of narrative exposition strategically withheld, and this leads to multiple and sometimes even wavering perspectives on characters.

There is, in other words, an abiding mystery in character as the biblical writers conceive it, which they embody in their typical methods of presentation.

A mess of contradictions

This is a rich insight about the Hebrew Bible — what Christians call the Old Testament.

By contrast, David or Jacob or Joseph are much more mysterious — to the reader and to themselves. The typical biblical character comes across as a mess of contradictions, doing good and doing bad, frequently from one moment to the next; having an agenda, often hidden from others and sometimes, it appears, from themselves; living in a fog of confusion, even when getting direct communication from God.

In other words, they’re people moving about in “varying darknesses which are lit up by intense but narrow beams, phantasmal glimmerings, sudden strobic flashes.”

For instance, who is the true David? Alter writes:

David,…in the many decades through which we follow his career, is first a provincial ingenu and public charmer, then a shrewd political manipulator and a tough guerilla leader, later a helpless father floundering in the entanglements of his sons’ intrigues and rebellion, a refugee suddenly and astoundingly abasing himself before the scathing curses of Shimei, then a doddering old man bamboozled or at least directed by Bathsheba and Nathan, and, in still another surprise on his very deathbed, an implacable seeker of vengeance against the same Shimei whom he had forgiven after the defeat of Absalom’s insurrection.

All of that — and Alter doesn’t even mention the lustful David who stole Uriah’s wife Bathsheba and sent him to his death in battle, or the David who wrote or may have written all or some of the Psalms.

As Alter notes, the biblical writers see the “abiding mystery” at the heart of the human psyche, and that resonates much more deeply for me than Homer’s Greeks with their long, self-important speeches.

Don’t get me wrong. I am no expert on the Iliad, but I know that it is one of the great works of human civilization. It provides its own insights into the human soul.

The biblical writers seem to me to be writing about people like me. Homer — he’s dealing with larger-than-life heroes.

I’m no Achilles, and, I suspect, neither are you. But Jacob, Joseph and Esau, to name just a few biblical figures — these are human beings I’ve passed on the street or sat next to at a conference.

“The cryptic conciseness of biblical narrative”

Of course, I’m aware that my preference for the Bible stories may be due simply to my training. I live in a Judeo-Christian civilization, and my life has been immersed in the sea of the Bible.

To some extent, all Americans as well as the people from many other nations have had some sort of immersion in the Bible whether they’ve been believers or not. It’s woven into how we talk and how we think. In another book, Pen of Iron, Alter details how, over the past two centuries, the King James Version of the Bible has been a strong influence on American writers, from Herman Melville to William Faulkner.

In his 1946 book Mimesis: The Representation of Reality in Western Literature, Erich Auerbach began with a chapter that juxtaposes the Book of Genesis with Homer’s Odyssey. Alter writes in The Art of the Biblical Narrative:

Auerbach must be credited with showing more clearly than anyone before him how the cryptic conciseness of biblical narrative is a reflection of profound art, not primitiveness.

Alter praises Auerbach’s “key notion of biblical narrative as a purposefully spare text ‘fraught with background,’ ” as “resoundingly right.” Nonetheless, he also criticizes it for being “too sweepingly general.”

Express in their art the human condition

The key thing, it seems to me, that Auerbach asserts and that Alter endorses is the recognition that the Hebrew Bible, at least in part, is great literature.

In 1981 when he published The Art of Biblical Narrative, Alter was an early voice to argue for this understanding of, unquestionably, one of the most influential documents in human history.

Even so, for thousands of years, the Bible was the domain of theologians, viewed as a holy book — as The Holy Book — and the word of God. Literature and writing techniques didn’t enter into the discussion.

These studies, though, Alter argues, have treated the texts as highly primitive. Various disconcerting aspects, such as the frequent repetitions of stories, have been dismissed as errors by writers or editors or transcribers.

Alter, however, argues persuasively that the writers and editors of many of the books were highly talented. Their goals, while certainly theological, were also undeniably literary.

When they repeat a story, Alter argues, we need to realize that they are doing it for a reason — a reason we may not immediately recognize or, given the difficulty of understanding a cultural so chronologically distant from us, perhaps ever. When something that they’ve written seems contradictory, our job, he asserts, is to avoid rejecting it out of hand, but to realize that they had a reason for doing so.

The biblical writers wanted to communicate the word of God, in whatever way you understand that. But they also were craftsmen and artists who wanted to express in their art their insights into the human condition.

We don’t have any problem seeing this in Michelangelo’s Pieta or The Last Judgement or in Rembrandt’s The Return of the Prodigal Son or in The Last Supper by Leonardo de Vinci.

It’s the same for the biblical writers.

Of course, throughout much of the past 2,500 years, religious leaders and scholars have argued that the Hebrew Bible was the word of God. That the writers were inspired to put their words down. That, in a way, God was dictating the words to the writers.

Today, scholars recognize that many of the books of the Hebrew Bible were created by stitching together several earlier documents. As Alter notes, much of Genesis is the result of an editor or a group of editors weaving together three literary strands.

Other books were written about events that may have been historical in nature but had occurred much earlier, hundreds of years earlier.

It’s a mistake to expect objective reporting by an eyewitness, even if the text is written as if based on an eyewitness account. That’s a writer’s technique.

The biblical writers weren’t doing journalism or crafting history. They were taking whatever was available and useful and telling a story that communicated their insights into human nature and the relationship of God and humans.

Making the story up

In other words, they were making the story up to make a point. They were, Alter asserts, writing fiction.

Shakespeare and Faulkner made up their stories to communicate their insights about human beings and the nature of human life.

The biblical writers were attempting to do the same thing — but with the additional goal of seeing these people and the human condition in the context of a belief in God.

God doesn’t play a direct role in Hamlet or The Sound and the Fury. But God, directly and indirectly, is present in every sentence in Genesis or Job or Ecclesiastes.

The writers of the Bible books are wrestling with how humans try to know God — who is unknowable — and try to live their lives with that painfully partial knowledge, even as they are pulled in many directions, not all of which are toward their concept of God and their concept of what God expects from them.

Was God whispering into their ears? I don’t think so.

Were they inspired by God in some way — through that unfathomable sea of their experiences in life, their talents for observation and communication, their emotional resonances with others, their deep philosophical searchings, their understandings of earlier writers and earlier teachers and earlier prophets?

I think that’s how they came to create the fiction in which generations upon generations of people, Jews and Christians, have found deep and abiding rich truth, truer than bald facts and scientific formulas.

Why do the books of the Hebrew Bible still resonate with modern readers?

And one could say it is because they were written with great talent so that their insights and their concepts about people and about God go beyond logic and intellect and philosophy — that go directly to the human heart.

That’s great writing. And, to my mind, it’s inspired. 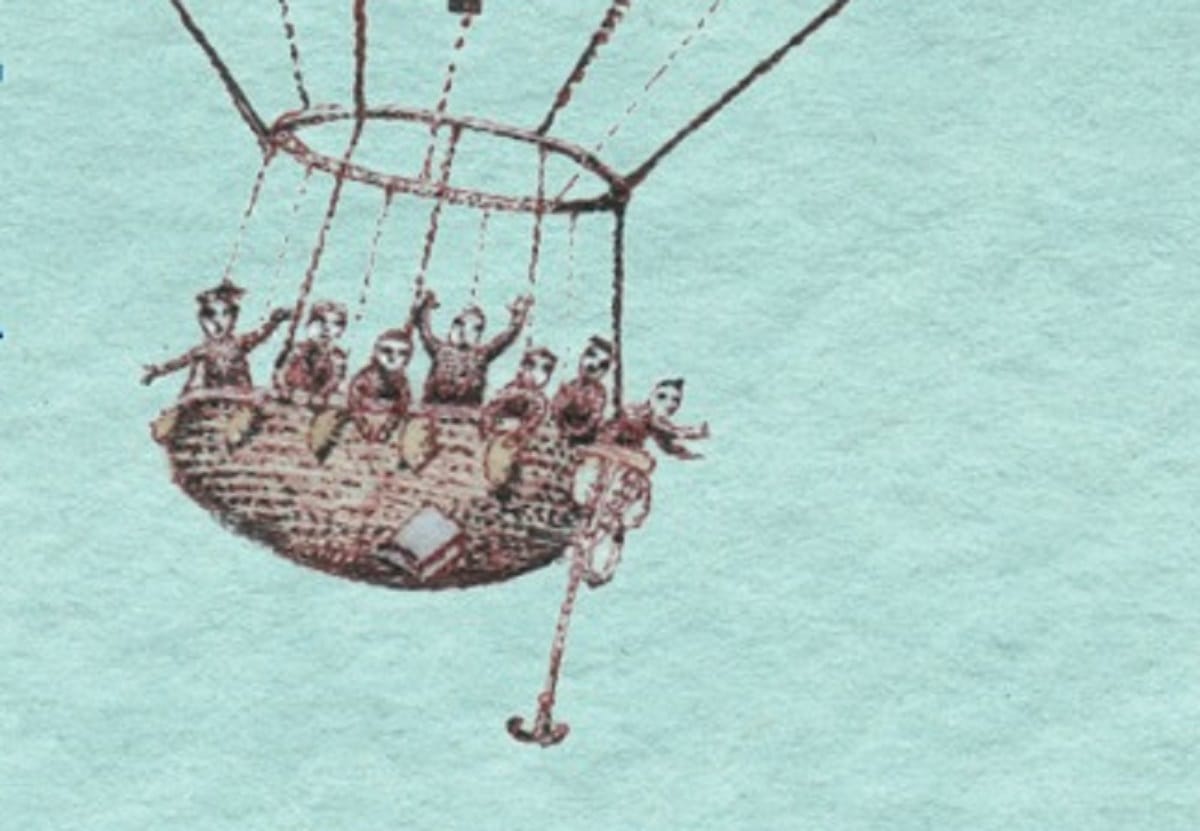 Book review: “The Art of the Wasted Day” by Patricia Hampl