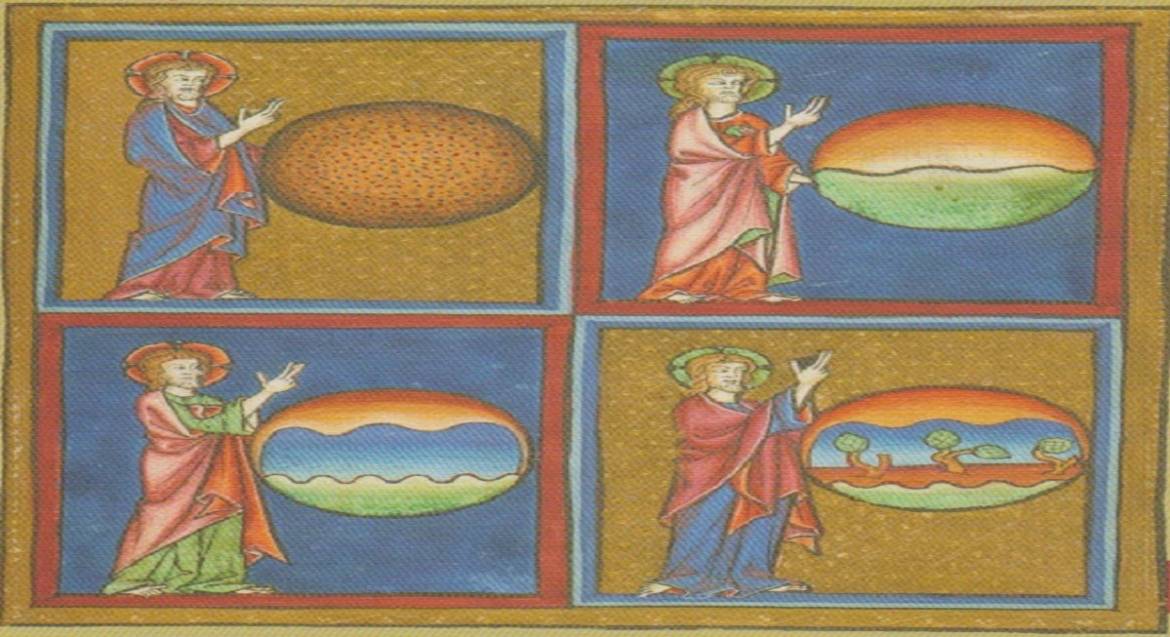 Book review: “The ‘Book of Genesis’ – a Biography” by Ronald Hendel

Martin Luther, that flawed saint, had a lot to say about the biblical book of Genesis.

His 16th-century rebellion against the Roman Catholic hierarchy also involved a revolt against the long-popular approach to the Bible, particularly Genesis, of seeing it all as an allegory.

Luther, who is one of the handful of major figures in the history of Christianity, came to think that the best way to look at the Scripture was to try to understand the plain sense of it. In other words, take it at face value.

As bible scholar Ronald Hendel notes in his 2013 examination of the history of the Bible’s first book, The “Book of Genesis” — a Biography, Luther’s rejection of allegory was part and parcel to his repudiation of the authority of the Catholic Church.

The basis of faith, Luther argued, was Scripture alone — without the mediation of theologians and church leaders. As he frequently did, the former Augustinian priest employed scatological wit in his analysis:

“When I was a monk I was a master in the use of allegories. I allegorized everything…even a chamber pot.”

In modern times, Bob Dylan has sung, “You don’t need a weatherman to know which way the wind blows,” and that’s pretty much what Luther told one of his opponents:

“Babel, Babel, Babel. You say it won’t do any good to have gobbled a thousand Bibles. I tell you that unless you can cite clear words of Scripture for your doings, I will not listen to you, even though you have swallowed the Holy Ghost, feathers and all.”

Still, there was a reason for that allegorical approach in Jewish and Christian history — Genesis and much of the Bible aren’t especially clear a lot of the time.

Indeed, Hendel writes that, early on, there arose the belief that the biblical books had to be interpreted. As he explains:

In his marvelous book, The Bible As It Was, James Kugel distills these motives into four assumptions that became widespread in the generations and centuries after the Torah was “published” (that is, made public) by the Water Gate in Jerusalem. These four assumptions undergird all the different forms of early biblical interpretation and also undergird the views of reality that came to prevail in this era.

The four assumptions are that the Bible is cryptic, relevant, perfect, and divine.

“Our lack of understanding”

In other words, we’re not dealing with a play by Bill Shakespeare or a novel by Sam Clemens.

The Bible was seen as having come in some way from God. Hence, it’s divine. It was seen as perfect because, well, it’s the word of God. It’s relevant which is to say that it provides instructions and lessons on how we are to live our lives.

And, because it is often confusing, unclear, contradictory and scientifically inaccurate, it is cryptic. Which is to say that it’s in need of interpretation. Which was usually taken to mean that it needed to be interpreted by experts.

Luther, like a growing number of religious thinkers of his time, wasn’t buying it, as Hendel writes:

Luther appeals to the meanings of words in their context as the surest guide to the Bible’s native meanings. Why distort the words when their meaning is obscure? Rather, “let us confess our lack of understanding.” This is a very modern attitude toward the problems in the text.

In a small, beautifully crafted book of only 245 pages, Hendel covers a lot of ground — some 3,000 years of history — with clear compelling prose. Like other works in the Princeton University Press series of “biographies” of major religious books, The “Book of Genesis” — a Biography is designed for the general reader of any faith or no faith.

In his introduction, Hendel notes that, despite the secularization of Western civilization over the past five hundred years, the stories of Genesis remain embedded deeply into today’s culture.

In our popular and commercial culture, references to Genesis pop up regularly. “Jacob’s Ladder” is an upscale exercise machine, priced around $3,000. “Am I My Brother’s Keeper” is the name of an album by the hip-hop group Kane and Abel. The Methuselah Foundation supports scientific research into extending human life. Adam and Eve is the name of a sex toy company.

Over the centuries and millenniums, the interpretation of Genesis evolved, sometimes with sharp right turns or even U-turns.

During the American Civil War, Abraham Lincoln confronted battling interpretations of Genesis — the one which argued that the first book of the Bible endorsed slavery and the other which argued the opposite.

In his second inaugural address on March 4, 1865, Lincoln dealt with this conflict directly, as Hendel notes:

With great literary skill and theological acuity, he described the conflict in biblical terms, using words drawn directly from Genesis. He proclaimed:

“Both (sides) read the same Bible and pray to the same God, and each invokes His aid against the other. It may seem strange that any men should dare to ask a just God’s assistance in wringing their bread from the sweat of other men’s faces, but let us judge not, that we be not judged.”

“Sweat of thy face”

Hendel points out that Lincoln comes down clearly on the side of those who see slavery as a violation of the biblical ideals. He writes:

Lincoln’s language echoes the dignity of the Bible, as he reframes its world to make his theological point:

“It may seem strange that any men would dare to ask a just God’s assistance in wringing their bread from the sweat of other men’s faces.”

God’s words to Adam in Genesis 3:19, “In the sweat of thy face shalt thou eat bread,” are a silent rebuke to the slaveholder. Lincoln’s rephrasing of Genesis convicts the pro-slavery side of impiety, since they thwarted God’s direct command, and of arrogance, since they “dare to ask a just God’s assistance” in their unjust cause….

The institution of slavery — “wringing their bread from the sweat of other men’s faces” — is a clear violation of God’s word. It is a sin of pride and disobedience, must like Adam’s original sin.

Hendel mentions Lincoln’s literary skills, and, at several points, he deals with Genesis as a great work of literature, one of the greatest in human history. He writes:

Genesis is a magnificent work of religious literature, which still has the capacity to inspire. It represents a world that is real, although its world is created and influenced by miraculous beings (angels, God, and sundry other divine beings). Perhaps we can describe its style as “magical” realism, in the sense that its reality is surrounded and influenced by the supernatural.

Luther’s talk of plain sense isn’t necessarily wrong, but, as with any great literary work, Genesis is so emotionally, spiritually, socially, intellectually rich that is demands interpretation.

It means what it says. And it means much more.

As [literary scholar] Erich Auerbach observed, it is the narrative style of Genesis — with its mysterious events, laconic dialogue, and sparse background details — that gives rise to the necessity of interpretation: “even the factual and psychological elements…are mysterious, merely touched upon, fraught with background and therefore they require subtle investigation and interpretation, they demand them.”

How great of a literary work is Genesis?

Auerbach saw it as more important than Homer’s Odyssey.

Under Auerbach’s searching eyes, Genesis is shown to be a sophisticated text with a fully developed style. Moreover, its manner of representing reality and the human condition as multilayered, problematic, and “fraught with background” provides Western literature with a major impetus for exploring reality complexly. As [literary critic] Robert Alter explains:

“In the famous comparison of the Odyssey with Genesis that takes up the first chapter [of Auerbach’s great work Mimesis], it is the Bible, not Homer, that emerges as the great forerunner of the representation of human life with existential seriousness in Western literature…[T]he ancient Hebrew writers’ engagement with what Auerbach refers to as the problematic character of everyday life and the distinctive tenor of individual experience lays the ground more than any Greek counterpart for what is announced in the book’s subtitle: the representation of reality in Western literature.”

Genesis is a book to study and savor and celebrate. That’s what Hendel does in The “Book of Genesis” — a Biography.

His, too, is a book to celebrate.