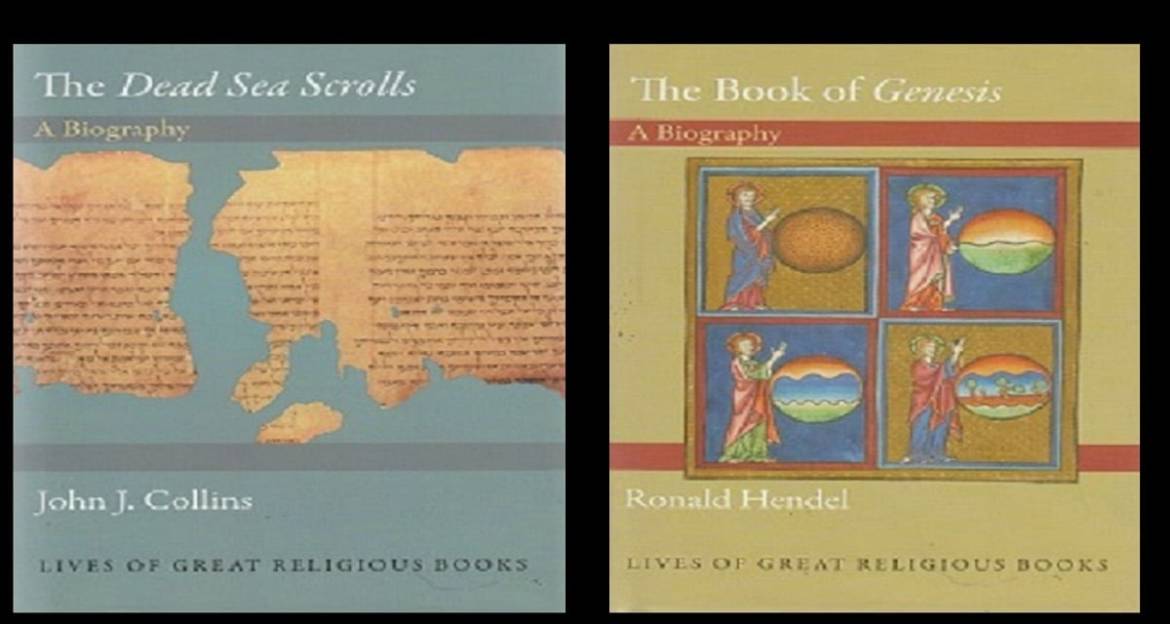 For outsiders, religions are often mysterious. Yet, down the centuries, the great books of faith have played major roles in shaping the world of believers and non-believers alike, influencing politics, art, philosophy, literature, language and culture.

It’s with that in mind that, since 2011, Princeton University Press has been publishing a series of lively and energetic “biographies” of these important works, titled Lives of Great Religious Books.

“The series may strike some people as odd, but I find it tremendously fun to publish,” says executive editor Fred Appel who came up with the idea during a conversation with an Israeli philosopher.

What makes these “biographies,” each about 250 pages long, so readable is that they’re written with a light touch by experts who are excited about the stories they have to tell and who understand that they are writing for non-experts. Many of them, says Appel, also teach college courses “where they have to make great books interesting to 19-year-olds who may not know anything about them.

From “The Koran” in English: A Biography by Bruce B. Lawrence:

“To move from Latin to Arabic is to move from a language with all its antecedents in citified life, where roads and properties, irrigation and water tanks, armies and taxes matter most, to a desert life, where tribes are the norm, spaces open, oases the lifeline for survival, and cities but dots etched on emptiness. It is not just that Latin and Arabic are different alphabets and grammars; they also reflect histories and societies even more disparate than their speech and writing.”

From Ronald Hendel’s The Book of ‘Genesis’: A Biography:

“In our popular and commercial culture, references to Genesis pop up regularly. ‘Jacob’s Ladder’ is an upscale exercise machine, priced around $3,000. ‘Am I My Brother’s Keeper’ is the name of an album by the hip-hop group Kane and Abel. The Methuselah Foundation supports scientific research into extending human life. Adam and Eve is the name of a sex toy company.”

From The “Dead Sea Scrolls”: A Biography by John J. Collins:

“Of course, the Scrolls are of great historical value. In fields where new data rarely comes to light, the Scrolls have seemed to be manna from heaven. They shed light on the two main religions of the Western world at a crucial time of transition for the one (Judaism) and the time of origin of the other (Christianity).”

From Mark Larrimore’s The Book of ‘Job’: A Biography:

“Job’s explosions of grief show what even the most holy are driven to by pain, loss, and the sense of divine abandonment. Since he was a moral paragon, however, commended by God for speaking rightly, Job’s words show us what response to unmerited affliction is permissible and even appropriate. Job offers a licensed way to grieve. Submission was one part of it. Rage at misfortune and even at God was another.”

“Lewis’s winsomeness as an evangelist is directly related to his having confined his task to inviting everyone to the vestibule and leaving to others all debates about choosing particular rooms. Paradoxically, one result is that Christians of many very different sorts regard Lewis as though he were one of their own.”

Book of Mormon and Divine Comedy

Among the 15 spiritual classics that have already been examined in the series are “The Tibetan Book of the Dead” and “The Bhagavad Gita,” as well as “Mere Christianity” by C. S. Lewis and the “Book of Mormon.”

Next up will be the biography of the Talmud by Barry Wimpfheimer, a Northwestern University religion expert, scheduled for next spring. Also in the works are more than a dozen others, including Dante’s “Divine Comedy” and the “Autobiography” of Saint Teresa of Avila.

A shorter version of this essay appeared in the Chicago Tribune on 6.20.17.