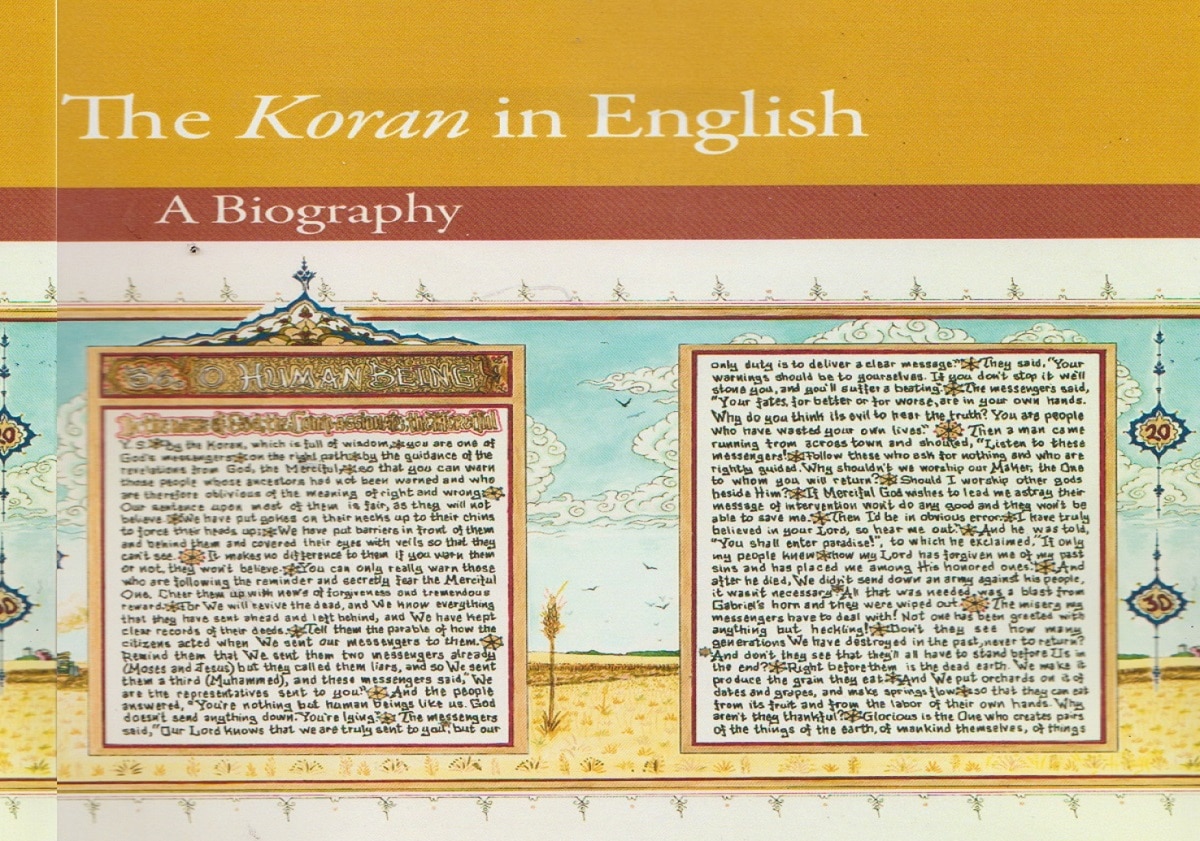 For Muslims, the Qur’an is the Word of God, given directly to Muhammad at the start of the 7th century AD by the Archangel Michael in oral messages in Arabic that the prophet — the last prophet — would repeat for his followers. Only later were these words written down in 6,236 verses in 114 suras, also called chapters or signs.

For Islam, the Qur’an is untranslatable.

This, writes Bruce B. Lawrence, is why so many translations of the sacred book include, often in the title or in a subtitle, such words as “the meaning of…” or “an interpretation of…” or “an explanation of…”

Lawrence, a religion professor at Duke University, notes in his new book “ ‘The Koran’ in English: A Biography” that all translations are something other than the original work, an effort to communicate and approximate the source.

“Translation is hard work, never more so than when translating a scripture from its original language into another,” he writes. “To ponder the meaning of esoteric words is to explore the signs of other realities and then render them into their lyrical equivalents.”

An Englishman, Robert of Kenton, created in 1143 a Latin translation of the Qur’an that was a “stepping-stone” for many later efforts to put the book into other European languages. A particular challenge for Robert and for many translators ever since has been to present the Arabic words into a different tongue while also conveying a much different experience of the world.

“To move from Latin to Arabic,” Lawrence notes, “is to move from a language with all its antecedents in citified life, where roads and properties, irrigation and water tanks, armies and taxes matter most, to a desert life, where tribes are the norm, spaces open, oases the lifeline for survival, and cities but dots etched on emptiness. It is not just that Latin and Arabic are different alphabets and grammars; they also reflect histories and societies even more disparate than their speech and writing.”

Such insights give a glimpse into the lively, open-minded and erudite story that Lawrence tells. And you don’t have to be a Muslim or all that religiously inclined to find this book, the latest installment in the sprightly Princeton University Press series called Lives of Great Religious Books, delightful reading.

Lawrence, who is working with another scholar on his own English version of the Qur’an, due in two years, published a book in 2006 on the history of the Islamic scripture “The Qur’an: A Biography,” for a similar, though less extensive, series by Atlantic Monthly Press.

For this new book looking specifically at the English version, Lawrence uses the word “Koran” in the title and often in the text because it is the word most often used in English in the past and still best known by English speakers. In addition, he often uses the term “Qur’an.” Many news organizations, including the Tribune, employ the word “Quran.”

Lawrence is elaborate in his praise for a 2015 translation “American Qur’an,” which he describes as an “Illuminated” version of the holy book. In this large-format work, artist Sandow Birk offers each sura beautifully handwritten and framed by scenes of American life. An image from that book is on the cover of “ ‘The Koran’ in English.”

One example Lawrence notes is Birk’s treatment of Sura 24 which calls for women to cover their heads.

“Birk wondered out loud,” Lawrence writes, “whether non-Muslim American women typically do the same. He came up with the idea for a panel showing a woman whose head and face are protected by a heavy hat and scarf, walking next to her another woman also covered and wearing glasses, both of them braving the fierce wind of a Chicago snowstorm.”

The image, although dealing with covered heads, doesn’t exactly correspond to the sura, but, Lawrence writes, that’s one of the ways Birk’s version resembles the original Qur’an in “challenging its listeners/readers to rethink who they are and what they most value.”

Meant to be spoken aloud

Some of Lawrence’s story has a gee-whiz quality to it, such as his noting that Thomas Jefferson often consulted his English translation of the Koran during the decades he rose to prominence as one of the Founding Fathers. Also, that several English translators mistakenly sought to give to the Koran the same stylistic features of the King James Version of the Bible.

The Qur’an, notes Lawrence, began as an oral document memorized and repeated from memory. It is meant to be spoken aloud although many English translations ignore that. As Abdullah Yusuf Ali, “arguably the foremost translator of the Koran into English,” explained:

“The rhythm, music and exalted tone of the original should be reflected in the English interpretation. It may be but a faint reflection, but such beauty and power as my pen can command shall be brought to its service. I want to make English itself an Islamic language, if such a person as I can do it.”

Yusuf Ali’s translation was first published in 1934. Another translator highly praised by Lawrence is a 21st century scholar Shawkat Toorawa who “seeks to provide an end line rhyme in each sura for each verse. He is rapt in his attention to sound as integral to, and inseparable from meaning.”

This is important, Lawrence notes:

“In the same way that the original Qur’an was a spoken not a written text, the feel of its English equivalent must goad the reader to speak out loud, to announce, and then repeat the words that appear on the page.”

The strategy of such translators “is to appeal to the full spectrum of sound/meaning, to draw from each fragment/sign/verse a sense of the whole that engages, elevates, and motivates the listeners.”

Which, after all, is the goal of the scriptures of any faith.

This review originally appeared in the Chicago Tribune on 6.25.17.

Book review: “The Remains of the Day” by Kazuo Ishiguro 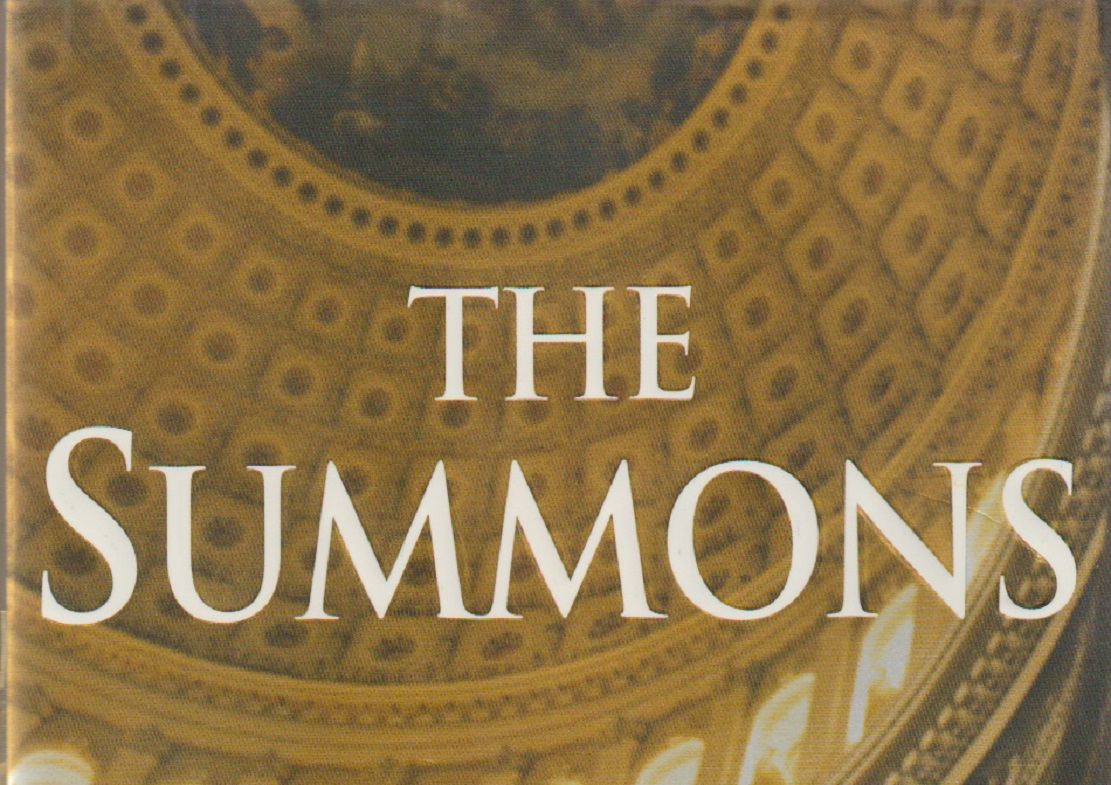