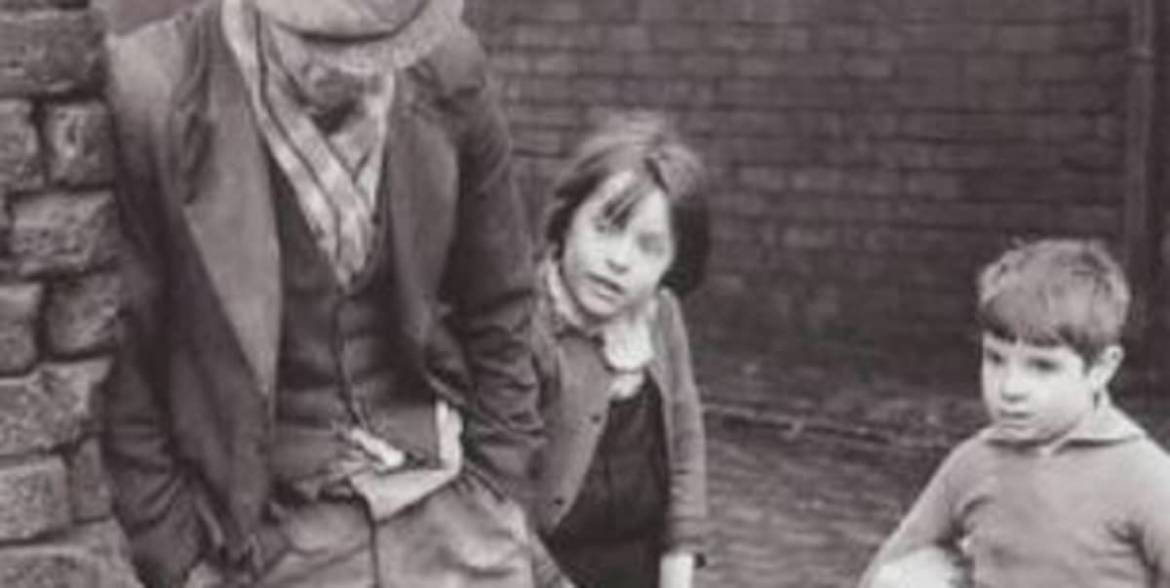 There are two halves to George Orwell’s investigative report on the working class of the industrial centers of Yorkshire and Lancashire in England, published in 1937, The Road to Wigan Pier.

The second is a pointed, opinionated, witty and, at times, technical discussion of the failures of the British social-political system to provide decent opportunities for the working class and others at the bottom of the economic heap, and of what was needed to eliminate these failings.

His answer was socialism, but not as British socialists were practicing the political creed. A more humane, less class-conscious socialism is what Orwell had in mind.

This 100-page section is filled with telling observations about the class system in Britain, with many slaps at the middle class, particularly socialists of that class unable and unwilling to see working class people as equals.

With many writers, this would be heavy going, but Orwell is never boring, even when he’s being pedantic and biased and more than a bit of a know-it-all. In much of what he writes, though, he makes eminent sense.

But I don’t want to deal here with this second half of the book. Instead, I want to look closely at the first half of The Road to Wigan Pier, another 100 pages or so in which Orwell, with a novelist’s eye, describes the working-class people he met and lived with during a two-month sojourn in the North of England in 1936.

Orwell describes his roots as being in the “lower-upper-middle class,” but, unlike many observers from the middle or upper class, he doesn’t fall into the trap here of equating the working poor with mindless, hopeless animals. Indeed, he finds much in their lives to honor and respect, and is able to understand — and convey — how social and economic forces are behind some of the practices of the poor for which the rest of society finds great fault.

Yet, he’s no Pollyanna. The book’s first chapter, for instance, is about the time Orwell spent in a cheap rooming house, run by a couple named the Brookers, and is a scathing description of the gaucheries, witlessness and pomposity of some members of the working class — the sort of things that would drive a middle-class person of that age mad.

In addition to the lodging rooms, the couple also operated a “tripe and pea shop” in the old Victorian home. Orwell writes:

I doubt whether any of their businesses had ever paid; they were the kind of people who ran a business chiefly in order to have something to grumble about.

Mr. Brooker was a dark, small-boned, sour, Irish-looking man, and astonishingly dirty. I don’t think I ever once saw his hands clean. As Mrs. Booker was now an invalid he prepared most of the food, and like all people with permanently dirty hands he had a peculiarly intimate, lingering manner of handling things. If he gave you a slice of bread-and-butter there was always a black thumb-print on it.

It didn’t stop there — although the black thumb-print, which pops up more than once in this chapter, really got to Orwell. He writes:

The most dreadful thing about people like the Brookers is the way they say the same things over and over again. It gives you the feeling that they are not real people at all, but a kind of ghost forever rehearsing the same futile rigmarole.

Orwell asserts that there are hundreds of thousands of people like the Brookers in the working classes — people without aspirations, without real thought, even. People who have been constrained so tightly by circumstances and a lack of possibilities that they are more like placeholders than agents of their own destiny.

These people, he states, are byproducts of the modern industrial world, adding, “You can’t disregard them if you accept the civilization that produced them.” In other words, society, as a whole, bears some responsibility for these people and the dead-ends they find everywhere they turn.

Even as the Brookers turn Orwell’s “lower-upper-middle class” stomach, he expresses great admiration a few pages later for the fillers, men who work deep in the mines of the North, shoveling coal onto a conveyor belt. He writes:

It’s impossible to watch the “fillers” at work without feeling a pang of envy for their toughness. It is a dreadful job they do, an almost superhuman job by the standards of an ordinary person….

They really do look like iron — hammered iron statues — under the smooth coat of coal dust which clings to them from head to foot.

Later, in a section about the lack of adequate housing for the working class, Orwell writes about people living in caravans in one camp on waste ground on the banks of “Wigan’s miry canal.”

Caravans, an early version of mobile homes, were, in some cases, just a wagon with a modest structure on it or maybe just covered by a canvas roof; most were “old single-decker buses…which have been taken off their wheels and propped up with struts of wood.” Orwell writes:

Most of the people I talked to had given up the idea of ever getting a decent habitation again. They were all out of work, and a job and a house seemed to them about equally remote and impossible. Some hardly seemed to care; others realized quite clearly in what misery they were living.

One woman’s face stays by me, a worn skull-like face on which was a look of intolerable misery and degradation. I gathered that in that dreadful pigsty, struggling to keep her large brood of children clean, she felt as I should feel if I were coated all over with dung.

“Coated all over with dung”

What’s distinctive about these two examples is how well Orwell can put himself into the place of the working-class people he describes.

The workers are in great physical shape, doing a job that is essential to all the many aspects of the industrialized society dependent totally on coal power. He tries to envision himself doing their work and recognizes how “superhuman” the task is.

With the mother trying to keep her children clean on waste land, he is able to recognize that she is no animal without feelings, she is no benumbed cog in the wheels of society. She is a human being, aching for something better and miserable at her inability ever to reach it.

Orwell is speaking for all members of the upper classes when he equates the woman’s misery with what it would feel like to be “coated all over with dung.” He knows that this phrase will make the skin of his middle-class readers crawl, and he uses it for just that reason.

This first section of The Road of Wigan Pier is filled with insight like this. Trenchant, apt and bitterly telling.

Here’s one last example, and it has to do with the food that working-class people were eating.

Again, Orwell speaks on behalf of his middle-class readers when he mentions:

The basis of their diet, therefore, is white bread and margarine, corned beef, sugared tea and potatoes — an appalling diet. Would it not be better if they spent more money on wholesome things like oranges and wholemeal bread or if they even…saved fuel and ate their carrots raw.

Anyone who has paid attention to any of the debates in the U.S. over the past half century about the way American poor people live their lives will recognize the scolding nature of these thoughts.

Yet, you can only scold poor people for eating as they do if you are blind to why they do it. Orwell notes:

A millionaire may enjoy breakfasting off orange juice and Ryvita biscuits; an unemployed man doesn’t…

When you are unemployed, which is to say when you are underfed, harassed, bored and miserable, you don’t want to eat dull wholesome food. You want something a little bit “tasty.” There is always some cheaply pleasant thing to tempt you….

White bread-and-marg and sugared tea don’t nourish you to any extent, but they are nicer (at least most people think so) than brown-bread-and-dripping and cold water.

Such observations — humane and scorching — are what set The Road to Wigan Pier apart for more investigations of poverty.

If only more well-intentioned investigators had Orwell empathy and openness to understand the real life that poor people live.